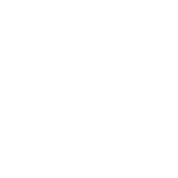 Nearly two decades after the 2004 enlargement of the European Union, the reemergence of authoritarianism and illiberalism in Central Europe continues to threaten democracy in Europe today.

The countries coined as the “Visegrád Four” – Slovakia, Czech Republic, Hungary, and Poland – have in some respects become strongholds for populists critical of democratic and free-market values. Throughout past decades, authoritarianism was imposed upon the region by outside force. Today, authoritarian regimes from near and afar use new tools such as kleptocracy, corrosive capital, and disinformation to exert influence, discredit democracy, undercut trust in public institutions, and fracture public support for Euro-Atlantic institutions.

These pernicious efforts demand innovative responses from the private sector and civil society to safeguard democracy and restore trust in public and private institutions. In Central Europe, CIPE and its partners endeavor to develop and institute a new dynamic between the private sector, civil society, and government while shining a light on opportunities to reinvigorate democracy from the bottom up throughout the region.

CIPE’s Objectives in the Region

In Slovakia, CIPE works with local partners to facilitate public-private dialogue between business and government officials at the local, regional, and national levels and enhance the role of entrepreneurs and small business owners in the public policy process.

Since the beginning of 2021, CIPE partners, the Institute for Economic and Social Reform (INEKO) and the Business Alliance of Slovakia (PAS), published results of three surveys on the topics of:

The survey data is informing a second phase of the project slated for Spring/Summer 2021, focused on facilitating private sector-led dialogue with regional and national government officials around the topic of decentralization and economic recovery after the pandemic. CIPE is offering grants to business associations and civil society groups in Slovakia at the municipal level to foster economic dialogue with the local government.

CIPE has been active in the Central Europe region for 30+ years. Some recent highlights of CIPE’s work in the region include: