We continue to share inspiring stories from Quetzaltenango, Guatemala, the site of a new Women’s Business Resource Center (WBRC) established by CIPE and the National Network of Managers’ Groups (in Spanish: Red Nacional de Grupos Gestores, or RNGG). The Corali Center is a physical space which provides resources to local women to increase their participation and inclusion in the economy by addressing the unique barriers they face as entrepreneurs.

In this blog, we introduce Ana Isabel Coti (“Isabel”) and Maria Mercedes Chay (“Mercedes”) who both participated in the first cohort of the Emprende Mujer program for nascent entrepreneurs. Both women come from Quetzaltenango and have challenged the male-dominated society they live in by pursuing their dreams of becoming entrepreneurs. 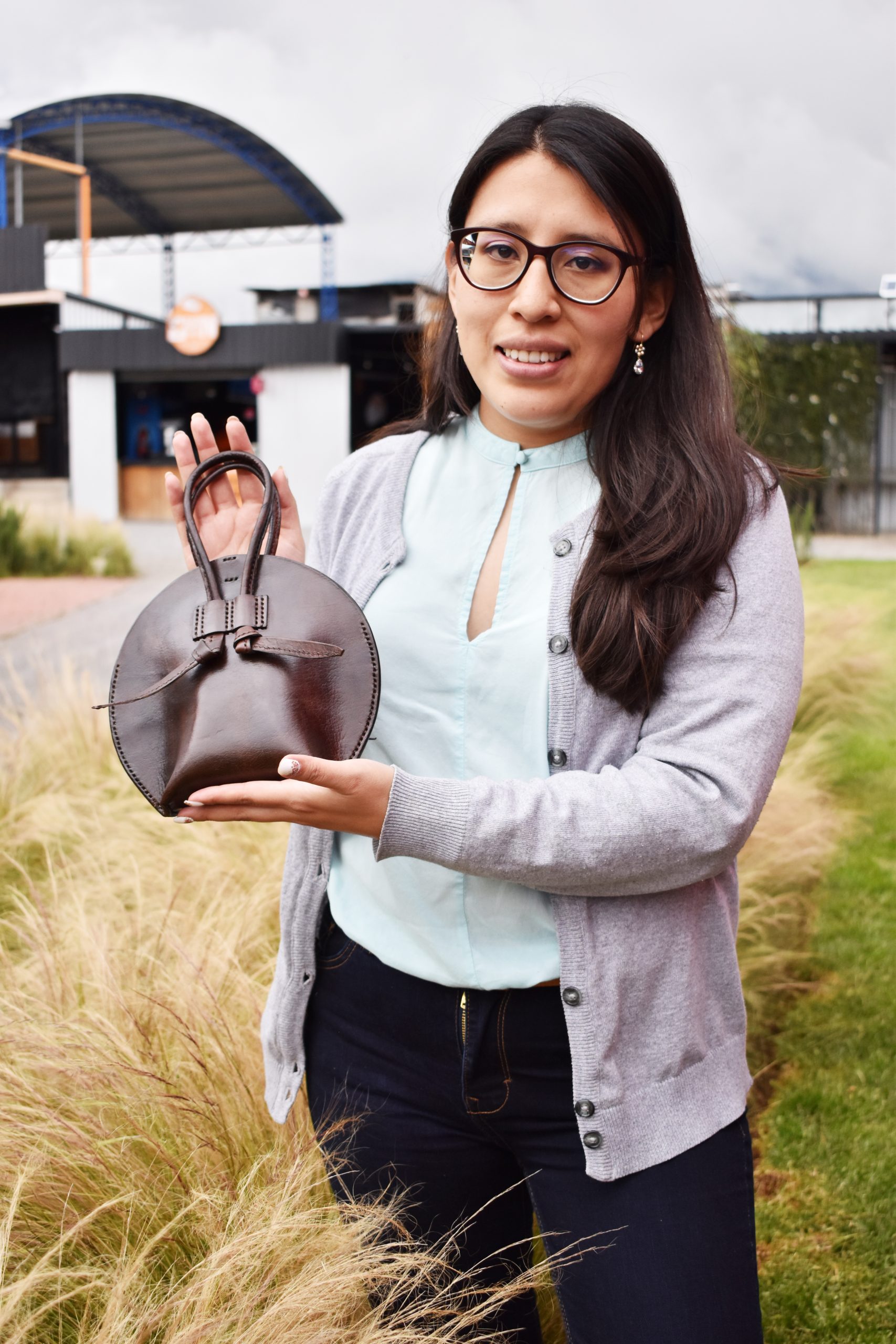 Ana Isabel Coti is a 29-year-old Quetzaltenango native and industrial engineer by trade. Working in the engineering field, she has experienced obstacles to success and advancement in professional settings where she is often the only woman among groups of men. Over time, she noticed she was internalizing criticism rooted in gender discrimination and becoming insecure about her talents. She realized she needed to do something for herself that was completely within her control, like starting a business.
With the support and guidance of her mother and boyfriend, who both work in leather tanning, Isabel began hand-making leather belts and other specialty leather products. She initially made an Instagram under the name “Isa Talabartería” – combining her nickname, Isa, with a word that means “the art of working leather.” The account didn’t garner a lot of attention and sales were stagnant, so her interest was piqued when she heard about Corali. In her own words: “I like to get involved in courses and workshops. I like to learn about everything. I’m an inventor at heart.”
By enrolling in the Emprende Mujer program, she received individual business coaching from the program advisor, Maria Fernanda. With her guidance, Isabel rebranded her business under the name “Vulcano.” The name is derived from the Roman god of fire who represents strength, force, and resistance, which resonates with Isabel’s lived experiences.
Through the coaching sessions, she learned more about marketing strategy, sales funnels, and brand positioning, which resulted in a 40% increase in sales. She was also able to formalize a relationship with a wholesale leather supplier who, in turn, has connected her with additional clients for her leather products. She hopes to continue growing her business and expanding her line of products by investing in a sewing machine to reduce her production time.

“I thank Corali for allowing me to gain confidence and formalize my business idea. I feel that if someone trusts me and supports me here, I must be doing something right.” – Ana Isabel Coti 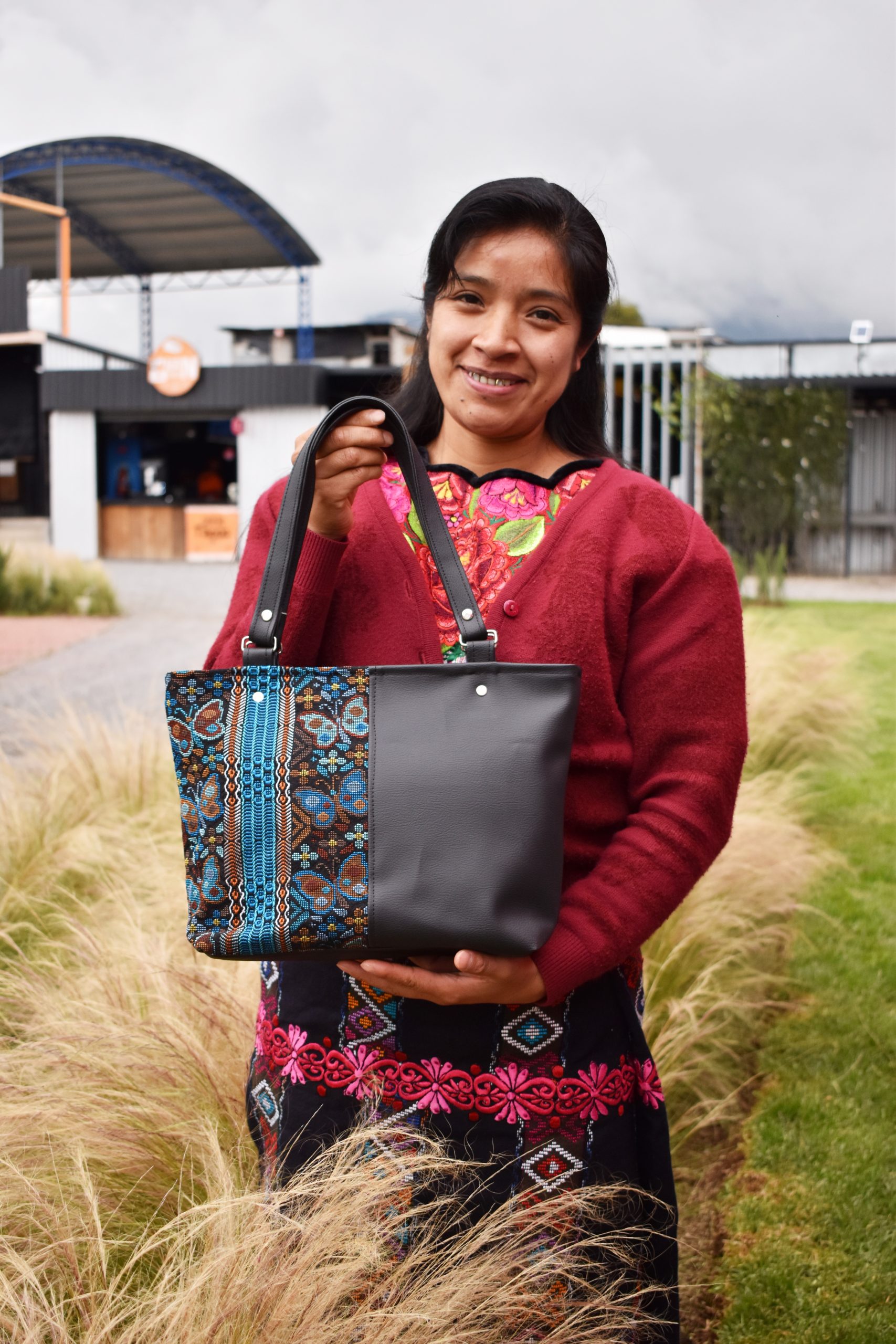 Maria Mercedes Chay grew up selling vegetables in the Zunil neighborhood of Quetzaltenango before leaving school early to get married. Upon having her first child, she realized the importance of creating her own income streams independent from her husband. She sought a way to make money while also caring for her children at home. She decided to rent a sewing machine from her father and spent days on end creating prototypes of bags and wallets.
Mercedes remembers the first time she took one of her bags in public and a neighbor immediately asked if she would sell it to them. From there, friends, acquaintances, and relatives began inquiring about her custom products. Despite the growing demand, however, she wasn’t seeing profits and her family began to question the amount of time she was dedicating to the business.
When she found Corali on social media, Mercedes was immediately interested but knew that she might face challenges from her community. She took the risk and called Corali to learn more and, next thing she knew, she was on a bus to the first Emprende Mujer session.
Through her business advisory at Corali, Mercedes developed a unique brand identity for her product (Mercedes Diseños y Tejidos) and learned how to appropriately price the products to make a profit. Her goal is to scale her business to generate employment for other women weavers in her community.

“When I left my first session at Corali, I was shocked. I had never heard of target markets or ideal clients. Corali was exactly what I needed to find opportunities that didn’t exist for me at home. They gave me the space as an indigenous woman to feel comfortable and be vulnerable. “- Maria Mercedes Chay

Stories from Guatemala: How A New CIPE Center is Helping Women Turn Their Business Ideas Into Reality (Part 2)

Stories from Guatemala: How A New CIPE Center is Helping Women Turn Their Business Ideas Into Reality (Part 1)