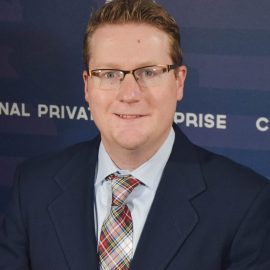 Stephen Rosenlund, Esq., CAE, IOM, is Deputy Regional Director, Middle East and North Africa, and a leader of CIPE’s business association and chamber of commerce working group. He is a Certified Association Executive (CAE) and member of the American Society of Association Executives (ASAE). He received his B.A. from The George Washington University and his J.D. from The George Washington University Law School. He is a licensed attorney in the Commonwealth of Virginia. Steve practiced law for five years in the U.S. Navy JAG Corps, including two years as an International Operations Officer with the Defense Institute of International Legal Studies. Previously he worked on the Central and Eastern Europe team at the International Republican Institute.

Democracy that Delivers #317: Strengthening Resilience of Private Sector Organizations and their Members

The Role of Business in Ending the Pandemic