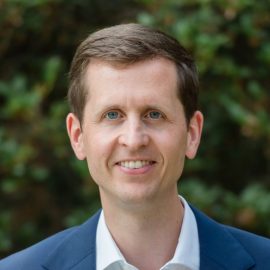 Jeff Lightfoot is Program Director, Europe at the Center for International Private Enterprise and leads CIPE’s Europe-wide office in Bratislava, Slovakia. In this capacity, he is responsible for directing and growing CIPE’s programming within the European Union member states and developing CIPE’s relationship with European institutions.

Lightfoot brings to CIPE nearly 15 years of experience in advancing US-European relations at the strategic and commercial level. Prior to joining CIPE, he was a vice president at Jones Group International, an international business advisory firm in Vienna, Virginia headed by former NATO commander and US national security advisor General James Jones. Prior to joining the private sector, Jeff was a deputy director of the Scowcroft Institute for Strategy and Security at the Atlantic Council where he directed studies and grew programming on transatlantic and Mid East security.

Lightfoot holds a Masters in European and Eurasian Studies from the George Washington University’s Elliott School of International Affairs and bachelor’s degrees in French, business, and international affairs from Indiana University Bloomington. He is fluent in French and is learning Slovak.

Challenges To Holding the Line on Democratic Values in Europe