According to UN Women, approximately 700,000 women in the MENA region will lose their jobs because of the pandemic. Region-specific institutional barriers including gender-based violence, access to finance, unemployment, and lack of women’s representation in leadership roles in both public and private sectors, made women’s jobs, businesses, and incomes more susceptible to the economic fallout from the pandemic than men. 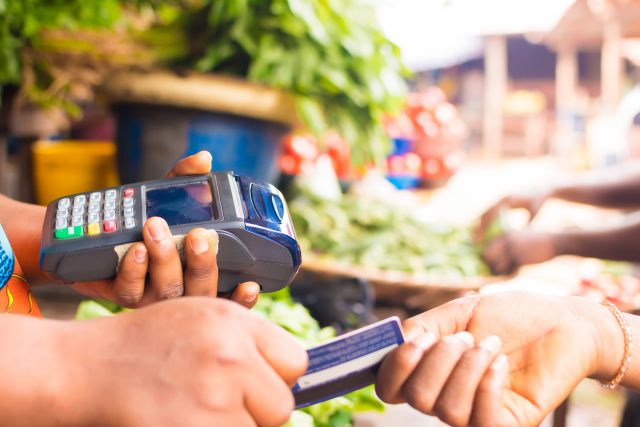 Small and Medium-sized Enterprises (SMEs), which comprise a vital part of the MENA region’s economy and account for over 90 percent of all businesses, felt the largest impact. A MENA survey found that 79 percent of SMEs in the region experienced an overall negative impact on their businesses.

CIPE’s partner, the Institut Arabe Des Chefs d’Entreprises (IACE), highlighted that 96 percent of Tunisian enterprises foresee a negative impact from the pandemic on their businesses. Women-led businesses, in particular, were heavily impacted by each wave of the pandemic and its economic fallout—even more so than the region’s SMEs writ-large. In Palestine, for example, a UN Women survey indicated that the coronavirus pandemic negatively impacted 95 percent of women-owned businesses; another 27 percent were forced to close their businesses.

The pandemic has also heightened the Gender-Based Violence (GBV) widely faced by women across the region.

The history of gender inequality in the MENA region is playing out in real-time today, causing huge setbacks to women’s livelihoods amid the pandemic. According to the World Economic Forum (WEF), Arab states in the MENA region ranked the lowest in the world for achieving gender equality. It will take the MENA region 142.4 years to close its gender gap.

According to the organization for Economic Co-operation and Development (OECD), women spend six times more on unpaid care and domestic work compared to men. On average, MENA women allocate 89% of their working day to unpaid care work, leaving them barely any time to work for pay, compared to 20% for their male counterparts. As social norms in the region already upheld the traditional roles of men and women within the household prior to the outbreak, additional unpaid care work burden during the pandemic, including increased childcare due to school closures, supervising children’s homeschooling, and taking care of sick relatives is likely to fall on women, directly impacting women’s economic participation.

The pandemic has also heightened the Gender-Based Violence (GBV) widely faced by women across the region. Lockdowns, stay-at-home orders, and other measures implemented during the pandemic have led to what the UN has called a “shadow pandemic” of rising GBV. Since the beginning of the crisis, NGOs and governments across MENA countries have noted an increase in calls through hotlines for reporting domestic violence.

Women have not had an adequate presence in decision-making bodies governing the COVID-19 response and recovery strategies.

In Jordan, the Family Protection Department of the Jordanian Police announced an increase of 33% in domestic violence reporting during the lockdown. In Tunisia, as of May 2020, 6693 cases of violence have been reported through the national domestic violence hotline since the beginning of the confinement. Similarly, in Morocco, the Moroccan Association for Human Rights (AMDH) and the Democratic Association of Moroccan Women (ADFM) declared that domestic violence has significantly increased during the lockdown period. A study by OECD on the impact of the COVID-19 crisis on gender equality finds that GBV comes with high economic costs for the MENA region. In 2016, the OECD estimated that GBV costs the MENA region $575 billion a year.

Another persistent problem is that women have not had an adequate presence in decision-making bodies governing the COVID-19 response and recovery strategies. As a result, women’s voices have been devalued, and their unique perspectives are being omitted from crucial conversations about revitalization in the post-pandemic era. For example, in Jordan, the private sector-led committee set up by the government to coordinate the response to the crisis does not include women. Similarly, in Oman, the eleven-member Supreme Committee set up to supervise all COVID-19 response efforts includes only one woman. In Tunisia, a UN Women report noted that low representation of women in decision-making bodies had a significant impact on the lethargic response to the COVID-19 pandemic. For instance, women are poorly represented in Tunisia’s National Coronavirus Response Authority (NCRA) which is tasked to centralize and unify measures in response to the pandemic; only one woman has a seat on that body.

The pandemic has revealed dysfunctions, vulnerabilities, and fault-lines aggravated by social and economic inequalities worldwide. In addressing the crisis, governments should prioritize gender equality in economic recovery strategies, including monetary and fiscal policy. Policymakers should consider gender equality perspectives to enable women’s economic empowerment and minimize the pandemic’s negative impact on women-led enterprises. To that end, policymakers in the MENA region should consider the following recommendations:

Thus far, governments and policymakers in the MENA region have not adequately prioritized gender inequality. The pandemic has made it urgent that governments in the MENA region immediately mainstream a gender equality perspective in all policy measures. Neglecting this urgency will have dire ramifications for MENA women’s economic empowerment for generations to come.

Democracy that Delivers #352: Update on the Current Economic Situation in Lebanon