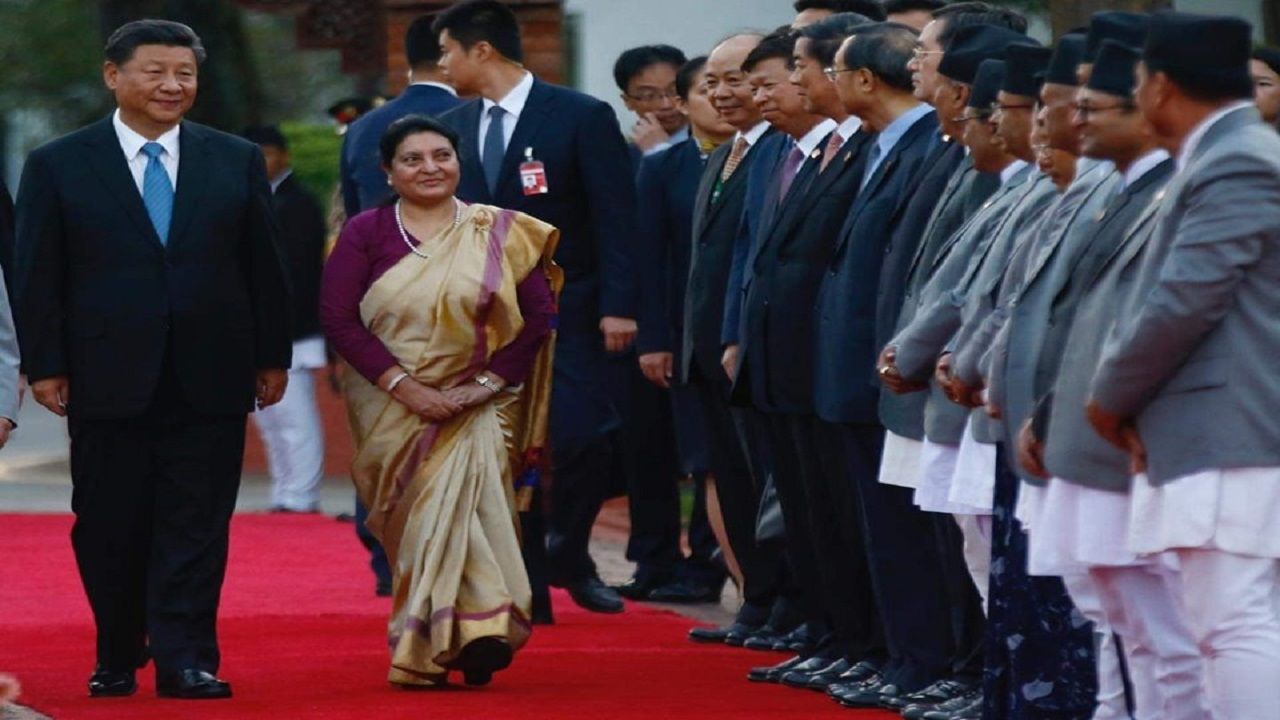 Nepal, sandwiched between China and India, plays a limited role in the global arena, however for China and India, who are two of the largest players in world politics and economy, the small Himalayan nation holds strong strategic interest. India, which surrounds Nepal on three sides, has always asserted its dominance over the country, not only because of its geographic proximity but also as a result of shared language, culture, marriage customs, history, religion, and Bollywood. However, in recent years, China has steadily expanded its influence on Nepal, notably after the five-month “unofficial” blockade imposed by the Modi government on Nepal in 2015. The embargo at the Nepal-India border, the entry point for 70 percent of goods entering Nepal, had caused severe shortages of food, fuel, and medicine. The humanitarian crisis, caused by the embargo, acted as a strong catalyst for Nepal to enhance its relationship with its northern neighbor, and for Beijing, on the other, to advance its influence on Kathmandu. 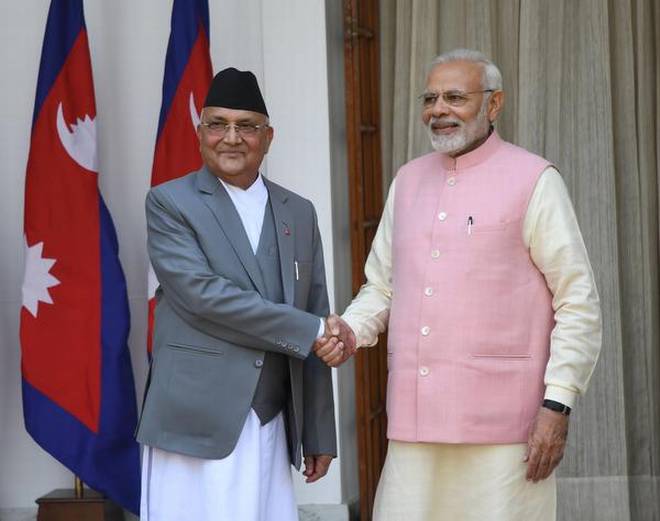 The Indian influence on trade and the economy has been dominant for a long time in Nepal. Approximately, two-thirds of Nepal’s imports come from India ($6.05 billion), compared to 12 percent from China ($1.19 billion). India is also the top export destination of Nepal; in 2017, Nepal exported $432 million to India out of its total exports of $803 million. It is evident that the Nepal-India trade is highly skewed in India’s favor; nevertheless, Nepal is also one of the top recipients of development grants for rebuilding and reconstruction activities disbursed by India. Recently, India has also scaled up its foreign aid allotment to Nepal with its 2019-2020 annual budget soaring up in foreign aid allocation to the land-locked nation, i.e. Rs. 650 crores (90 million USD) in the last fiscal year to Rs. 1,050 crores (146 million USD) for this fiscal year. India’s spending on Nepal seems to extend Indian Prime Minister Narendra Modi’s vision of the “Neighborhood First” policy, which could be a strategic and economic counter to growing Chinese influence in the country.

Similarly, in the last couple of years, China has also enhanced its presence in the Himalayan nation through increased financial assistance, aid and investments. The Chinese President recently pledged nearly $500 million in financial assistance amid Beijing’s growing influence on the Himalayan nation. China’s presence in Nepal is mainly dominated by infrastructure-related projects like hydropower production and construction and upgrade of roads, highways, and airports. In 2017, Nepal signed up for China’s Belt and Road Initiative (BRI) and joined China’s multinational infrastructure program aiming to be a part of the global supply chain and also to decrease its dependency on India. Moreover, during Chinese President, Xi Jinping’s 2-day visit to Nepal in October of this year, the leaders of the two countries signed about 20 agreements to boost connectivity, trade, infrastructure, economic assistance, strategic partnership, and security relations. Among the many deals signed were some of the most ambitious projects in Nepal – plans for constructing a 42-mile railway connecting Nepal’s capital- Kathmandu with Gyiron in Southwestern Tibet and a 17-mile road tunnel designed to shorten the distance between Kathmandu and the Chinese border. These agreements undoubtedly provide alternate options for Nepal while reducing its dependence on India for transit and trade access.

In summary, the growing influence of Beijing on Kathmandu seems to pose a threat to the grip that New Delhi has traditionally enjoyed over Nepal. Under such circumstances, Nepal needs to strike a balance in its relationship with the two global powers. More so, now, when Nepal has shifted from a centralized, unitary structure to a decentralized federal system consisting of one federal, seven provincial and 753 local governments increasing the country’s administrative costs by many folds. While Nepal stands to gain from the growing Chinese interest, on the one hand, and India spreading its largesse to woo its neighbor back, on the other, Nepal must maintain a cautious approach to materialize its vision of sustainable long-term development without taking sides with either of its neighbors. Given the increased aid and infrastructure investments from both India and China, Nepal could divert this growing interest of its neighbors in business-based planning and capacity building at the local municipal levels, which at the moment seem to be struggling with managing its meager resources, limited clarity on inter-governmental relationships and frequent power tussle with the provincial and at times, even with the federal governments. It is also equally important to monitor the transparency as well as loan conditionality of such infrastructure projects supported by the neighbors as some experts have warned of quests for global hegemony and debt traps. While a smart and strategic engagement with the world’s two growing economic power can help Nepal build, foster and sustain its federal structure, a hasty and shortsighted move for instant benefits can jeopardize it.