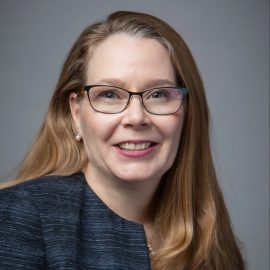 Sarah joined Intel as Vice President of International Government Affairs on February 14, 2021, with decades of global policy expertise and a proven track record of developing new policy platforms and executing global strategy. Before joining Intel, she served as the Associate Vice President and Head of Global Health Policy/ESG Strategy for Organon, a spin-off of Merck Pharmaceutical company, and was Merck’s Associate Vice President, Public Policy for China, Japan, and the Emerging Markets.

Before joining Merck, Ms. Kemp was the Deputy Under Secretary for the International Trade Administration at the U.S. Department of Commerce in Washington, D.C. In this role, she oversaw a $485 million annual budget and 2,100 trade and investment professionals based in 108 US cities and 76 markets worldwide.

Prior to her time in D.C., she was the Minister Counselor for Commercial Affairs at the U.S. Embassy in Beijing, overseeing the U.S. Department of Commerce’s trade promotion and trade policy activities in its operations in Beijing, Chengdu, Shanghai, Wuhan, Shenyang, and Guangzhou. As a career Foreign Service Officer, she served as the Country Manager in China and Vietnam and had multiple postings in Beijing, Hong Kong, and Bangkok. Ms. Kemp joined Commerce as a Presidential Management Fellow.

She received her MBA from the Chinese University of Hong Kong, her Master of Public Administration from Columbia University, and her Bachelor of Arts in Physiological–Anthropology from Hamilton College. Ms. Kemp is an independent board member of NTIC. And a member of the World Economic Forum’s Global Future Council on China.