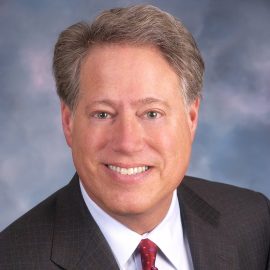 Mr. Hershman founded The Fairfax Group in 1983 and since then has been retained by governments, corporations, non-governmental organizations and international financial institutions to assist on matters relating to transparency and accountability in governance and compliance.

In 1993, along with Peter Eigen, Mr. Hershman co-founded and served on the Board of Directors of Transparency International, the largest independent, not-for-profit coalition promoting transparency and accountability in business, government and civil society. He created the first Chapter of Transparency International in the United States and serves on the Board of Directors and Executive Committee of the Washington, D.C. based Coalition for Integrity

Since 2008, Michael has been named each year to Ethisphere Institute’s list of 100 most ethical global leaders in business ethics.  In 2013, Mr. Hershman was awarded Columbia Business School’s ‘Botwinick Award for Business Ethics’.

Later, Mr. Hershman served as a Senior Staff Investigator for the Senate Watergate Committee, and as chief investigator for a joint Presidential and Congressional commission, reviewing state and federal laws on wiretapping and electronic surveillance. After the wiretap commission hearings, Mr. Hershman joined the Federal Election Commission as Chief Investigator, where he was responsible for audits and investigations of candidates and their campaign committees.

Mr. Hershman then served as Deputy Staff Director for the Subcommittee on International Organizations of the U.S. House of Representatives, which was responsible for legislation and oversight relating to international banks and other U.S. supported international organizations, such as the United Nations.

Immediately prior to founding the Fairfax Group, Mr. Hershman served as Deputy Auditor General (later called Inspector General) for the Foreign Assistance Program of the U.S. Agency for International Development (AID), where he led investigations and audits of major U.S. funded projects overseas, and was responsible for worldwide security at all foreign AID missions. Mr. Hershman was awarded the Superior Honor Medal for his service at AID.

In December 2006, Mr. Hershman was appointed as the Independent Compliance Advisor to the board of directors of Siemens AG, a company with more than 400,000 employees. Similarly, The Fairfax Group has assisted governments from India to Chile on ethics matters, and has served as the appointed monitor or independent compliance advisor to a number of companies including SNC Lavalin, Walmart and the International Medical Corp.

In 2012, Hershman was asked to serve on the Independent Governance Committee for FIFA. the global governing body for soccer

Mr. Hershman is a member of the Advisory Board of the U.S. Chamber of Commerce Foundation, and advises the Chamber on corporate compliance and global security issues. Since 2007, Mr. Hershman has been a member of the Board of Directors and the Executive Committee of the Center for International Private Enterprise.