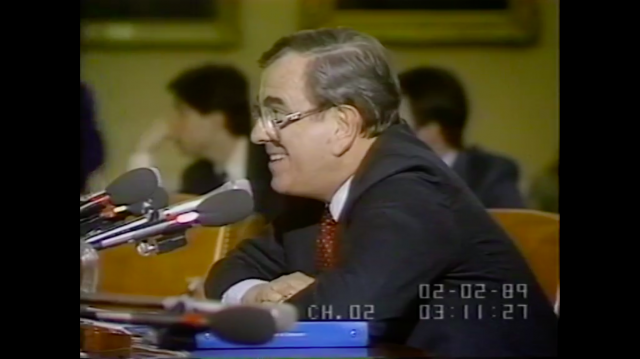 Condolences to the family of democracy champion Bill Kanaga, former Chairman of CIPE and the U.S. Chamber of Commerce. Kanaga, who passed in late July at the age of 93,  was a leading voice in global business and the democracy community in the 1980s and 90s. Kanaga’s legacy includes CIPE programs and activities to support economic recovery efforts and market-oriented reforms in former Eastern Bloc countries. Many of those projects yielded  models for public-private partnerships in emerging economies around the globe.
Kanaga often appeared on C-Span. You can see some of his past testimonies here.