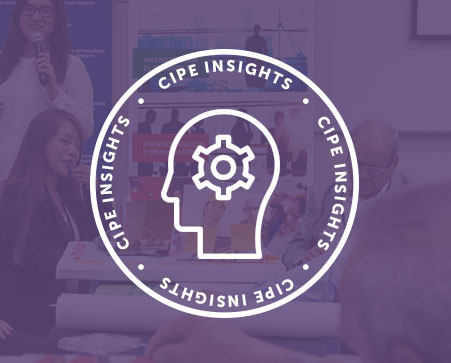 This week marks 30 years since the Tiananmen Square massacre, when Chinese troops and tanks killed thousands in an attempt to silence voices calling for democracy.  The crackdown followed a massive demonstration in favor of liberalism and had a deep impact on worldwide audiences, especially citizens in Hong Kong, which was nearing its handover to mainland Chinese control and hoping for a measure of autonomy. Today, more than two decades into the “one country, two systems” approach, global attention is focused on the escalating political fight and protests in Hong Kong over democratic governance and values.

The Legislative Council of Hong Kong is hurriedly debating the parameters of new extradition arrangements with the mainland, in response to a high-profile murder case. The new provisions would apply to both residents and international visitors who are wanted for prosecution in places that do not have bilateral agreement with Hong Kong, most notably China, Taiwan, and Macao. The mainland’s judicial system is, of course, a wholly owned subsidiary of the Chinese Communist Party and, as such, is by design a tool to stifle political opposition, frequently through brutal means.

As currently written, the new extradition laws would certainly damage Hong Kong’s reputation for having a strong rule of law, including economic freedoms, and thus could have a profound negative impact on investors and foreign business people. Capital flight and economic harm could rapidly cascade.  When investors and businesses have reason to doubt the security of their employees and assets in a particular marketplace, they seek opportunities elsewhere. Movements from one jurisdiction to another can be swift.

employees and assets in a particular marketplace, they seek opportunities

elsewhere. Movements from one jurisdiction to another can be swift.”

The United States has, for over two decades, recognized Hong Kong’s special status as unique and separate in commercial and legal terms from the People’s Republic of China through the Hong Kong Policy Act. There are worrying signs that this distinction is eroding. The proposed new extradition law would be a significant alteration of the status quo, and should give Congress pause as it considers the current efficacy of the Hong Kong Policy Act.

Members of the U.S. Congressional-Executive Commission on China (CECC) said as much in a recent letter to Hong Kong Chief Executive Carrie Lam that urged a withdrawal of the controversial extradition bill. The bipartisan letter was signed by eight Commissioners, including U.S. Senators Marco Rubio, Tom Cotton, and Steve Daines. Members of the U.S. House of Representatives who signed the bill: Jim McGovern, Ben McAdams, Chris Smith, Tom Suozzi, and Brian Mast. Many other countries are also stepping up the pressure on the Hong Kong government to reconsider, including a recent démarche from the European Union Office in Hong Kong and Macau.

Meanwhile, some global organizations may already be hitting the panic button. The Heritage Foundation has cited increasing concerns about judicial independence, processes and favoritism. It warns that Hong Kong’s admirable position on the Foundation’s Index of Economic Freedom (it holds the top spot every year) could fall sharply.

Simply put, the proposed extradition amendments represent direct and immediate threats to Hong Kong’s status as a hub for global commerce, and its hard-earned reputation of respecting and defending the safety, security and legal rights of residents, investors and visitors. Multi-national companies need environments with predictable and sound rule of law. It is part of the secret sauce for attracting constructive capital and breaking down barriers to economic opportunity.

sound rule of law. It is part of the secret sauce for attracting

constructive capital and breaking down barriers to economic opportunity.”

Moreover, there is no reason for Hong Kong to change course. Its well-established existing laws are very successful. Meanwhile, top legal advisers there are pointing out that overhauling current laws could cause severe disruption. As noted by the Hong Kong Security Bureau itself in February, long-term arrangements under existing laws “… have been operating smoothly over the past 21 years.”

Hong Kong ranks among the world’s most noteworthy economic and political successes. The Legislative Council should reinforce, rather than undermine this legacy of remarkable progress and exercise the courage to maintain Hong Kong’s decades-long commitment to the rule of law, individual liberty and economic freedom.

Andrew Wilson is the Executive Director for the Center for International Private Enterprise (CIPE).