Rallying for Freedom: From Ideals to Engagement

The FEDN Secretariat at CIPE invites you to the second annual conference of the Free Enterprise & Democracy Network to be held September 27 and 28. This virtual two-day conference will convene leaders and advocates from around the globe under the theme of “Rallying for Freedom: From Ideals to Engagement.” The event will feature panels, fireside chats, breakout groups, networking opportunities, and virtual exhibitions showcasing private sector and public policy solutions, while emphasizing FEDN member initiatives. Key activities include:

We look forward to seeing you there!

Inquiries may be emailed to fednsecretariat@cipe.org. 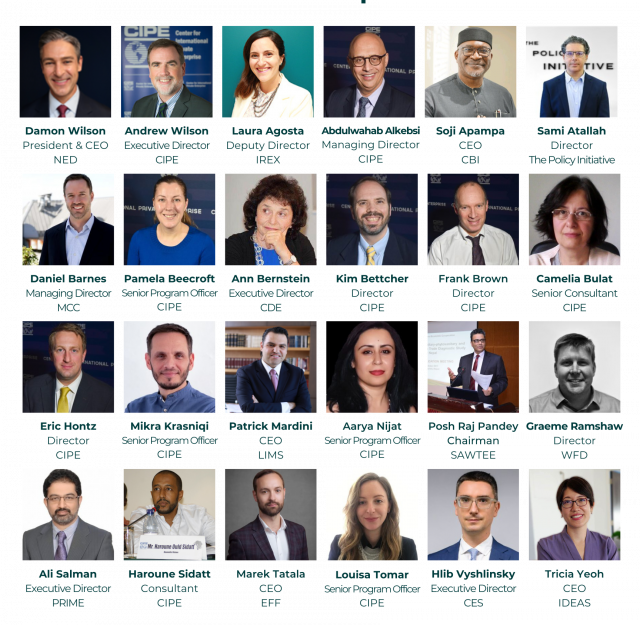 Damon Wilson is President and CEO of the National Endowment for Democracy (NED), an independent, nonprofit, grant-making foundation supporting freedom around the world.

Prior to joining the Endowment, he helped transform the Atlantic Council into a leading global think tank as its executive vice president. Previously, Wilson served as Special Assistant to the President and Senior Director for European Affairs at the National Security Council helping to enlarge a Europe whole, free, and at peace; to secure freedom through NATO enlargement; to deter and counter Russian aggression; and to work with a united Europe as a leading US partner to support democracy in the world. 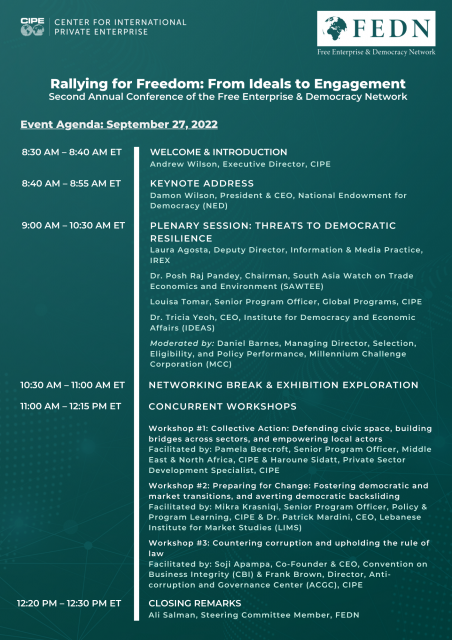 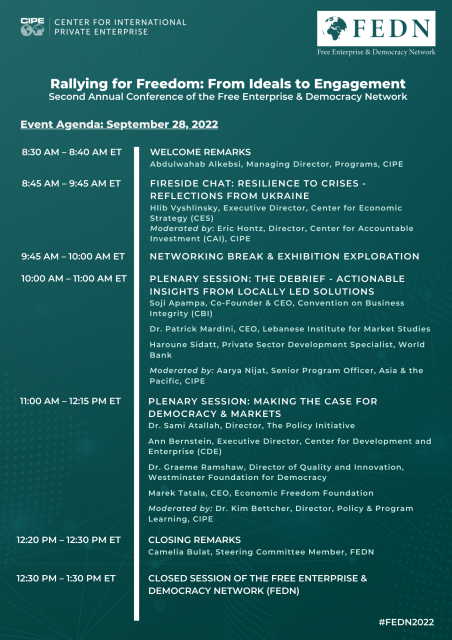