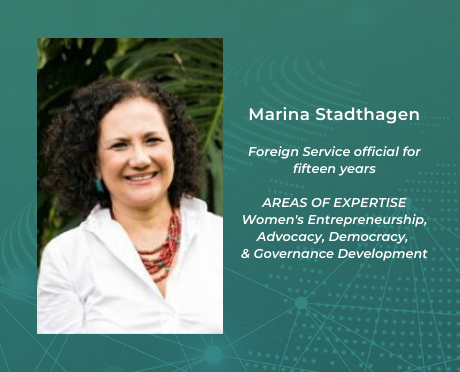 Marina Stadthagen was a Foreign Service official for fifteen years. After leaving public service in 2007, she became Senior Advisor for the Superior Council for Private Enterprise (COSEP) and a consultant on gender and democratic governance for projects and initiatives for diverse international and local organizations and development companies. She has done consulting work for the International Labor Organization, Creative Associates, Tetra Tech, among others.

In 2013, she became the first Executive Director of Red de Empresarias de Nicaragua, REN, a nongovernmental organization. REN is a women entrepreneur’s network with more than 400 members from diverse cities of Nicaragua. Stadthagen obtained her Master’s degree from the School of International and Public Affairs at Columbia University, where she concentrated in Environmental Policy. She obtained her bachelor’s in International Studies from the American University in Washington, DC. 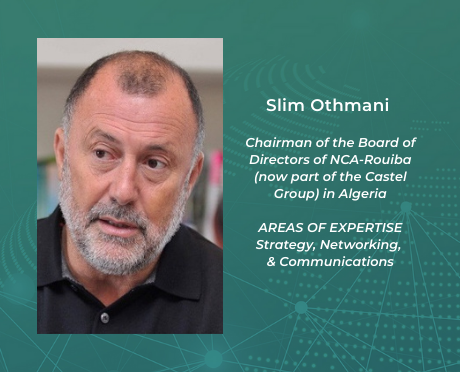 Slim Othmani is Chairman of the Board of Directors of NCA-Rouiba (now part of the Castel Group) in Algeria. He holds a degree in computer engineering from the University of Mathematics and Computer Sciences and an executive MBA from the Mediterranean School of Business in Tunis. Othmani is a member of the board and co-founder of several other companies as well as co-founder and vice-president of APAB (Algerian Drink Producers Association). He was awarded the title of Chevalier de la legion d’honneur by the French government in 2018 for his commitment to improve the business environment in Algeria.

Mr. Othmani has also used his business experience to become a leading voice for economic reform in Algeria and North Africa and a driver of civic diversity and strength. In 2003, he founded the Circle of Action and Reflection on Enterprise (Centre de réflection et d’action autour de l’entreprise, CARE), and the Algerian institute of governance Hawkama El Djazair. 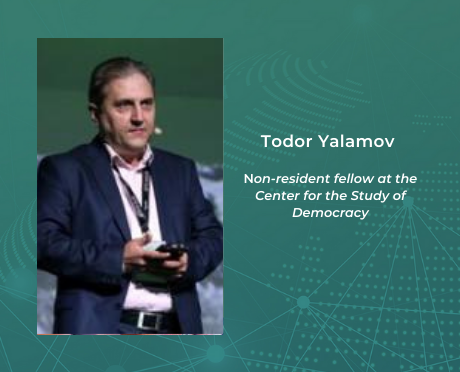 Todor Yalamov is a non-resident fellow at the Center for the Study of Democracy, working in civil society development, corruption and state capture, conflict of interests, the informal economy, and the application of information technology in the public sphere. Todor is experienced manager of projects related to foreign direct investment, corporate governance, currency board and bank behavior, local government, and research and development accountability.

Previously, Todor served as a coordinator of Eastern European and Central Asian Busines Incubators and Technology Parks Network 2008-2012 and continues to sit as a board member. Todor has also delivered trainings on entrepreneurship and programming in Bulgaria, Macedonia, Montenegro, and Russia. Todor continues to teach e-Business, organizational learning, and NGO management at the Master’s level in Sofia. 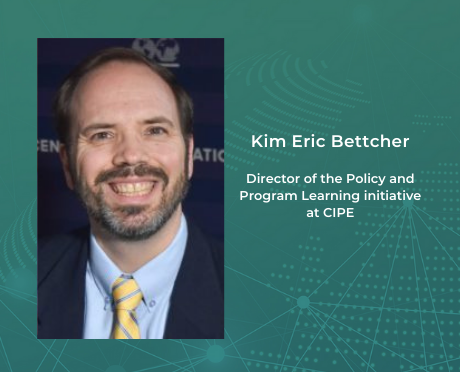 Kim Bettcher leads the Center for International Private Enterprise’s (CIPE) Policy and Program Learning initiative, which captures lessons learned in democratic and economic institution-building around the world. The initiative shares strategies, best practices, and lessons with an international network of reform leaders. Dr. Bettcher has written and edited numerous resources for CIPE, especially toolkits on public-private dialogue and anti-corruption, a report on Creating the Environment for Entrepreneurial Success, three case study collections, the CIPE Guide to Governance Reform, and CIPE’s 25-Year Impact Evaluation. Dr. Bettcher has also authored a soon to be released issue brief covering incentives and informality.

Dr. Bettcher has published articles in the Harvard Business Review, Party Politics, SAIS Review, and the Business History Review. He has taught as an adjunct professor at George Mason University’s School of Public Policy and was previously a research associate at Harvard Business School. Bettcher holds a Ph.D. in political science from Johns Hopkins University and a bachelor’s degree from Harvard College. Follow Kim on Twitter.

The Free Enterprise and Democracy Network (FEDN) was established by CIPE in 2012 to promote international engagement around the principles of free enterprise and democracy and bring private sector voices into global discourse on democracy. The network provides a mechanism for private sector leaders and advocates of economic freedom across the world to exchange ideas and support, and make the case for democratic, prosperous societies.