In response to Russia’s unprecedented military assault on Ukraine, Moscow has been subjected to a barrage of comprehensive and stringent sanctions from the United States, members of the European Union, and other countries worldwide.

The aim of sanctions is to quickly restrict Russia’s ability to violate internationally adopted global security and national sovereignty norms.

The Russia sanctions are impacting the Russian economy in major ways. At the same time, these sanctions’ effects are trickling down to the economies of neighboring countries in Central Asia. Historically, this region has been economically and politically intertwined with Russia. Thus, when Russia experiences economic shocks there are significant negative effects in Central Asia that disrupt regional trade and the economy. Such disruptions often result in economic hardship for citizens and businesses. 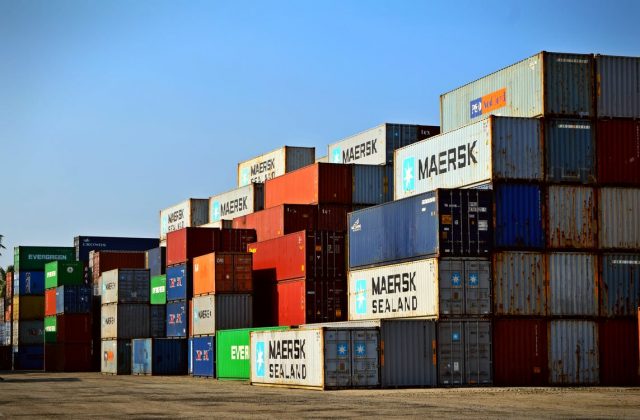 The interconnectedness of the Russian and Central Asian economies and the ripple effect of economic shocks in Russia impacting Central Asian economies are not a new phenomenon. During the Russian economic recession of 2014-2015 following Russia’s annexation of Crimea and invasion of the Donbas region of Ukraine, Central Asia similarly suffered financial hardship due to the secondary adverse effects of the Western sanctions on Russia. Compared to the impact of past sanctions, the current adverse side effects of the sanctions on Russia will have a more widespread and long-term impact on Central Asia.

Currently, the Central Asian economies are experiencing decreased trade with Russia in addition to a sharp drop in remittances being sent to Central Asia. For example, a sizable portion of trade in Kazakhstan and Uzbekistan, the largest Central Asian economies, is with Russia. More specifically, 21 percent of Kazakhstan’s trade and 17 percent of Uzbekistan’s trade. The costs of transportation and delivery have skyrocketed due to financing and logistical hurdles. Additionally, Russia banned exports of grain to Central Asia, which is projected to undermine regional food security.

Tajikistan and the Kyrgyz Republic, the smaller economies in Central Asia, are both heavily dependent on remittances from Russia. Remittances make up 27 percent of the GDP of Tajikistan and 31 percent of the GDP of the Kyrgyz Republic. The rapid devaluation of the Russian ruble is expected to decrease the value of remittances by 30 percent. In turn, the local Central Asian currencies are declining, causing falling incomes and higher prices for critical imports across the region. These challenges combined will further economic fallout as regular business activities are being disrupted.

Small businesses across Central Asia are especially suffering from the uncertainty caused by widespread trade disruptions. CIPE partners among business associations in Kyrgyzstan report delays and tracking problems for already paid import cargos expected to be shipped through Russia. The logistics companies are struggling to deliver the shipments and identify new affordable transportation routes that bypass Russia.

Among all Central Asian countries, the Kyrgyz Republic is especially dependent on Russia in two ways. First, as a member of the Eurasian Economic Union (EAEU), a regional economic union that encourages the free movement of goods and services between member countries Armenia, Belarus, Kazakhstan, the Kyrgyz Republic, and Russia, most of Kyrgyzstani suppliers are bound to Russian manufacturing and supply chains. As a member of the EAEU, the Kyrgyz Republic has been and will continue to be pressured to maintain the interconnectedness of the EAEU to mitigate the impact of the sanctions on Russia and their adverse side effects on other members of the EAEU. Second, Russia is an important source of duty-free imports, concessional loans, public investments, and remittances sent from Kyrgyzstani citizens living and working in Russia under preferential status of an EAEU member state.

These two factors make the Kyrgyz Republic extremely vulnerable to the secondary adverse effects of Western sanctions on Russia. Small businesses are struggling to bring in shipments of essential cargo, such as grain, dairy products, produce, oil, and construction materials from Russia. Banks are unable to process financial transactions with Russia, thereby limiting options for business operations as well as for families receiving much-needed remittances. To make matters worse, a widespread food shortage of imports of wheat flour, sugar, and vegetable oil has already plagued shops and bazaars throughout the country.

Despite the catastrophic side-effects of Russia sanctions on Kyrgyzstani citizens from all walks of life, the government response has been inadequate. Little has been done to provide resources to support market stability.

There is concern that as Central Asian governments begin to roll out anti-crisis policies, such efforts will only include a select few macroeconomic tightening initiatives, while ignoring the fundamental institutional and business reforms that could set up Central Asian economies for a brighter future. In this new reality, the Central Asian economies can only overcome the crisis through serious institutional and market transformations which reduces red tape and unleash the potential of the private sector. This is only possible with systemic reforms that address the deeply rooted governance problems that cause systemic corruption, support an extractive governance model, enable state capture, and suppress private sector activities.

Unlike previous instances, Central Asia will not be able to sit tight and attempt to wait out the economic fallout of these Russia sanctions. It is in the Central Asian states’ long-term interest to take stock of their current economic model that is heavily reliant on Russia as a source of economic development and growth and chose to pursue a different model. The new model should be driven by a competitive local private sector and a more robust, mutually beneficial regional economic cooperation among the Central Asian states and wider markets.

For the past thirty years, the Central Asian governments have been content to imitate reforms and maintain the status quo in an economic system that is supported by external drivers like remittances, imports, and consumption, while political leaders monopolize the economies and benefit from kleptocratic structures. These decisions have led to collective ignorance of matters such as domestic growth and prosperity, restricting space for open competition, and limited opportunities for private sector development and sustainable economic growth.

An effective anti-crisis plan will need to be comprehensive and include the voices of wide coalitions of reform-minded champions from the government, civil society, and private sector. Economic policy change rooted in collective action can help secure real changes that lay the foundation for a new economic model based on a competitive and diversified private sector, with inclusive markets, and a strong anti-corruption framework. This approach can help Central Asia forge a path towards a brighter economic future.

Even if sanctions on Russia have severely disrupted Central Asia’s economies and business activities, this crisis has also created a window of opportunity to re-think the existing economic models and put forward genuine economic reforms capable of foraging a path towards the development of democratic, inclusive, and resilient economies.