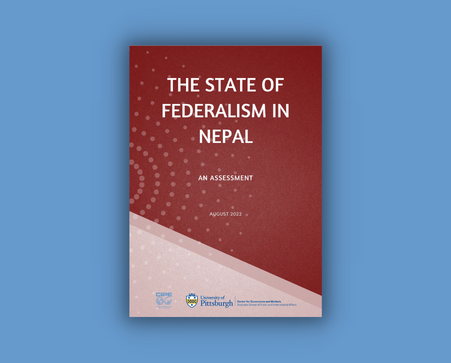 This report has two main purposes: first, to thoroughly examine how well federalism has been implemented in Nepal, how much federalism reforms have improved Nepal’s governance, and what directions federalism might take in the future; second, to evaluate the Center for International Private Enterprise’s (CIPE’s) and other stakeholders’ work in supporting Nepal’s ongoing governance reform and to conduct an analysis to inform CIPE’s future strategy in and engagement with Nepal.

This report covers the most important aspects of federalism in Nepal, including its current state and future trajectory, costs and benefits, and (in)effectiveness in curbing corruption and addressing challenges in governance and public service delivery. This report is unique because it draws heavily on the perspectives of stakeholders: those participating in and supporting federal reforms in Nepal, those objecting to the reforms, and analysts examining the impact of the reforms. Thus, we draw on state and non-state actors involved in implementing and analyzing these critical reforms throughout this report.

Although this report focuses primarily on domestic determinants of the state of federalism in Nepal, it also pays some attention to foreign influences on domestic political and economic dynamics. This angle is vital because Nepal is a small, landlocked country, which makes it heavily dependent on its much larger neighbors, India and China, for trade and resources, among many other things.

Given Nepal’s short journey toward federalism since the promulgation of the new constitution in 2015, the boundaries of state powers are still not clearly delineated between the federal, provincial, and local governments, and tensions among the three have increased with the ongoing subnational governance reform.

By the Numbers: How China and Taiwan Perform in Country Indexes