COVID-19 and Corruption in Latin America

Over the course of the past year, the COVID-19 pandemic has deepened existing social, economic, and political inequalities, profoundly transforming communities around the world. In Latin America, countries throughout the region have sustained a significant loss of life and lasting economic damage. These dueling economic and health crises have caused regional political disruption as politicians have encountered daunting challenges that require coordination across different levels of government and sectors. National health systems have struggled to contain the spread of the virus and provide care to millions, existing social programs are strained by escalating poverty, all the while resources have dwindled with the severe economic contraction. On top of these challenges, criminal organizations, illicit networks and corrupt actors have taken full advantage of lax regulations and emergency needs to capitalize on the overall lack of oversight during the pandemic.

Systemic corruption is used to describe systems where corruption is at the heart of the problem and not merely a symptom of it. Systemic corruption is often covered up by opaque practices but when revealed it can show how instruments of the state are directed to shielding and enabling the corrupt activities of a small number of dominant power holders. In such settings, independent groups or institutions are unable to hold these power holders to account. The mechanics of systemic corruption have become more sophisticated in the era of globalization, and it is now one of the major bulwarks of authoritarian systems. When an entire system supports the corrupt acts of a few actors it can be more challenging to shine light on the problem and dismantle the practices that allow for corrupt practices. A deeper understanding of the workings of modern systemic corruption is essential to combat it. Without transparency and proper oversight, instruments of the state such as public enterprises are ripe for corrupt behavior by a small number of dominant powerholders.

A longtime roadblock to the consolidation of democracy around the world, the COVID-19 pandemic has produced situations that have the potential for increased risk of corruption. The need for quick decision making by governments and companies to combat the health and economic challenges of the pandemic has created openings for corrupt practices. Moreover, weak local democratic institutions that do not ensure transparency in decision making can enable corrupt leaders to take advantage of governance gaps and existing corrupt systems. According to the 2021 Capacity to Combat Corruption Index, this past year saw the fight against corruption suffer a wave of setbacks in Latin America, with Brazil and Mexico, the two largest countries and economies in the region, experiencing some of the sharpest declines across several corruption indicators, including overall democracy and political institutions.

This report seeks to showcase innovative research from three local partners on the relationship between COVID-19, lack of transparency, and the potential for corruption in their respective countries. The chapters in this report examine uniquely specific cases that analyze institutions, relief actions and weak points, as well as provide recommendations on how to mitigate the risks of different types of corruption in Argentina, Brazil, and Mexico, respectively. 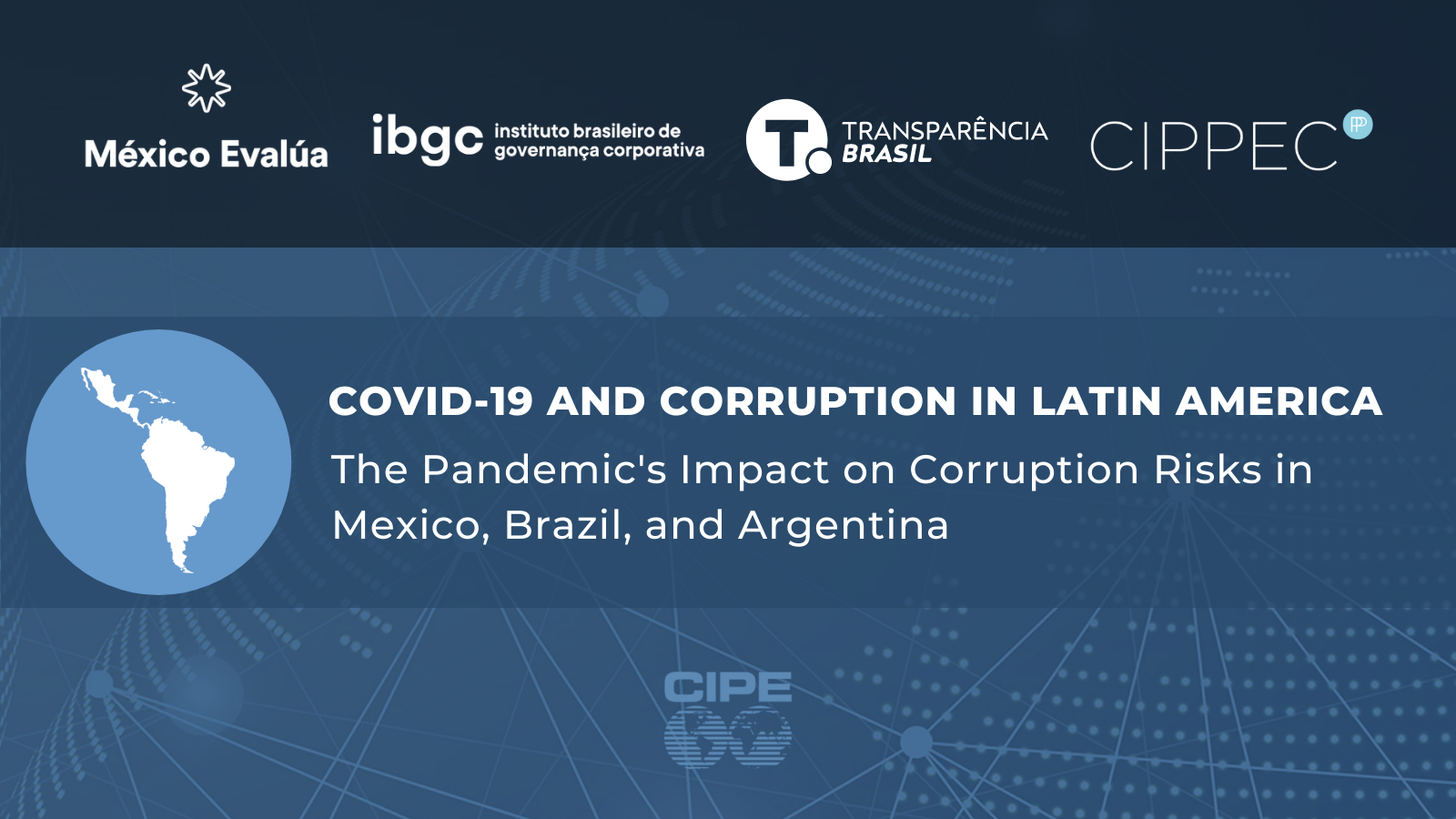