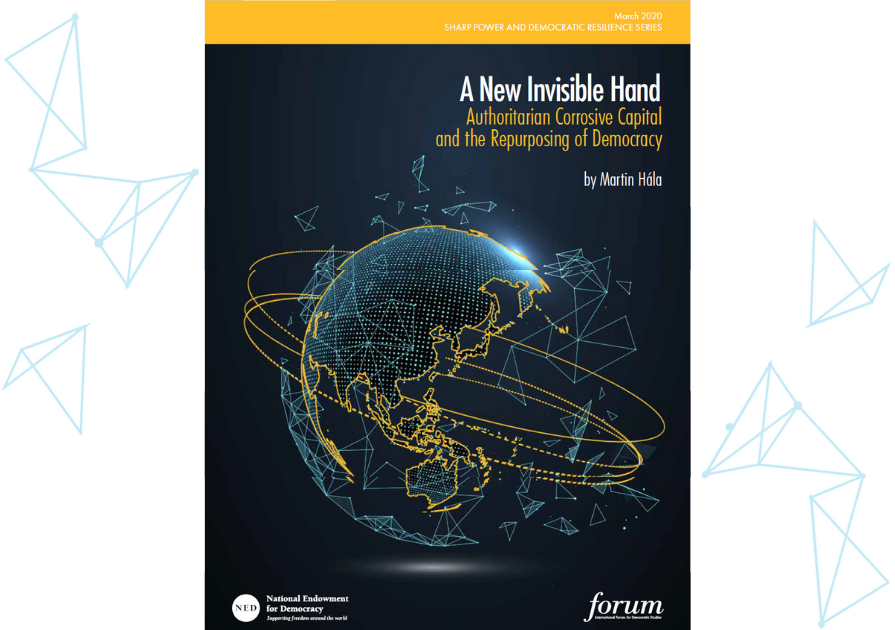 For full publication and background please visit this link

This report explores the issue of corrosive capital—or capital flows from authoritarian regimes that undermine democratic processes and institutions in the receiving countries—and outlines what an interconnected, interdisciplinary response from civil society could look like. Illiberal regimes like those in China and Russia use capital as a foreign policy tool and often as a form of strategic corruption to bolster authoritarianism as a globally competitive governance system. The legacy of one Chinese firm’s engagement in the Czech Republic vividly illustrates how corrosive capital from technically private companies can be leveraged by authoritarian regimes to undermine democratic institutions in target countries. Without strong accountability, transparency, and oversight mechanisms, the adverse impacts of such sharp power can go unnoticed and unchallenged. As a critical and distinguishing feature of free and open societies, civil society has an important role to play in fostering democratic inoculation to authoritarian corrosive capital.

“Authoritarian corrosive capital typically hides amid layers of larger exchanges with authoritarian regimes, the majority of which may appear legitimate and can have a financial, political, or cultural character.”

The first report in this series, written by Edward Lucas, explores how the leading authoritarian regimes have exploited democratic norms and transformed the market for information into a dangerous tool to exert antidemocratic sharp power