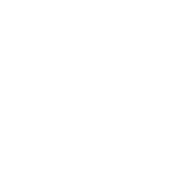 As in Tunisia, CIPE’s priority in Algeria has been convening the private sector and empowering it to be a positive force for reform. One of the best mechanisms for driving such reform-generating public-private dialogue is a National Business Agenda (NBA) initiative. An NBA is both a process and a product – one that begins with grassroots consultations with everyday businesspeople, led by a local organization, to identify shared concerns and reform priorities and solicit initial recommendations. In Algeria, this local organization is CIPE’s longstanding partner CARE (le Cercle d’Action et de Rçflexion autour de l’Entreprise), an Algerian business association and think tank. These consultations revealed that, unlike in many countries where CIPE works, there was almost 100% consensus about the problems in Algeria. The five overall priority areas for reform identified were: governance and administration, business competitiveness, finance, taxes, and human capital. Following the consultation phase, CARE synthesized the collected information to develop what they dubbed an Economic Reform Agenda that called for a new approach to business-government collaboration and presented dozens of reforms supported by 29 Algerian business associations and private sector groups.

With CIPE support, CARE also met with dozens of business support organizations (BSOs) to present their findings and provide advocacy training. Over time, these encounters have:

CARE then conducted a variety of advocacy efforts to encourage major stakeholders to accept the NBA as a legitimate public-private process, and consider priority reform areas proposed. In mid-July 2017, CARE and CIPE held a public launch conference that drew over 200 Algerians from the public and private sector, where various CARE and coalition members presented the NBA document to the government and the public, as well as launched a new website that CARE will use to track the progress of NBA reforms in the coming years.

Though the full impact of NBAs are not often felt until years later, CIPE and CARE have already observed several levels of initial impact: the NBA’s approach itself is novel in Algeria, a country whose government has a very tight grip on dialogue and usually little interest in the popular perspective. As such, the NBA has introduced the idea of citizen-driven reform into a context where most policymaking is entirely centralized and expert-driven. In many regions, it was the first time people from Algiers had ever come to ask local businesspeople for their opinions. The NBA process has created a network of business people across Algeria, connecting people and organizations never before connected. Twenty-nine private sector organizations formally signed onto Algeria’s NBA ahead of the launch conference, forming a coalition that continues to work together on economic reform. CARE’s Project Coordinator remarked that it was likely the first time since the Revolution that Algeria had seen such cooperation and coordination. The NBA has also helped businesspeople across the country engage in their role in reform, revive civil society organizations that have become stagnant, and even prompt people to consider starting their own.

Democracy that Delivers #352: Update on the Current Economic Situation in Lebanon