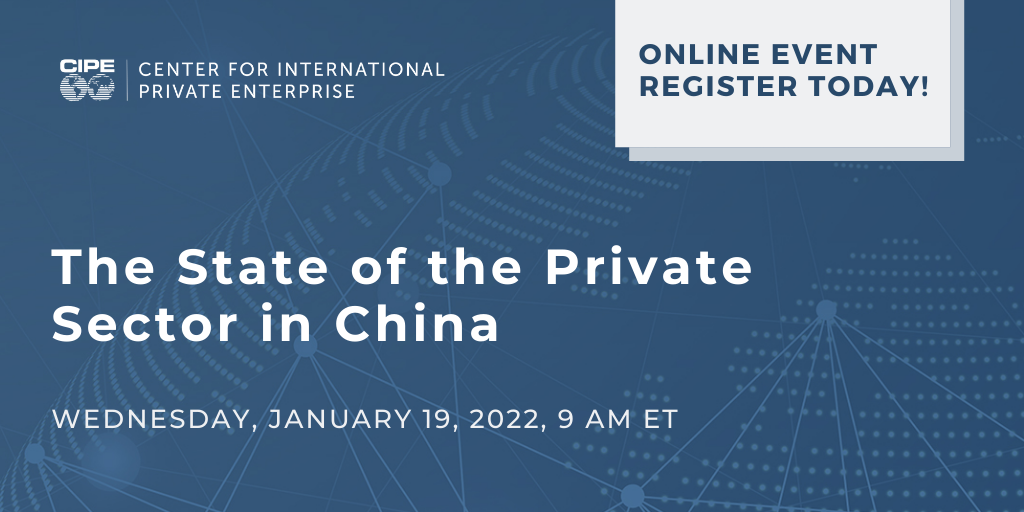 China is the largest economy in the Asia-Pacific region and is counting on its state-led economy to drive further growth. Yet the recent default of the Evergrande Group and the ongoing crisis in Chinese real estate and bond markets show the underlying structural weaknesses within the Chinese economy, which threatens to damage private enterprise in China and long-term sustainable growth in the country. Additionally, the Communist Party of China (CPC) has called for the strengthening of Party control of the private sector through the recently unveiled 14th Five Year Plan, with Xi Jinping highlighting the importance of state-owned enterprises as vital national pillars, signaling a reversal in liberalized economic policies. To discuss these economic and political developments, join the Center for International Private Enterprise (CIPE) as we bring together an experienced panel of experts to discuss the increasing challenges faced by private businesses in China and the state of the private sector in China as it approaches the 20th National Party Congress in 2022. 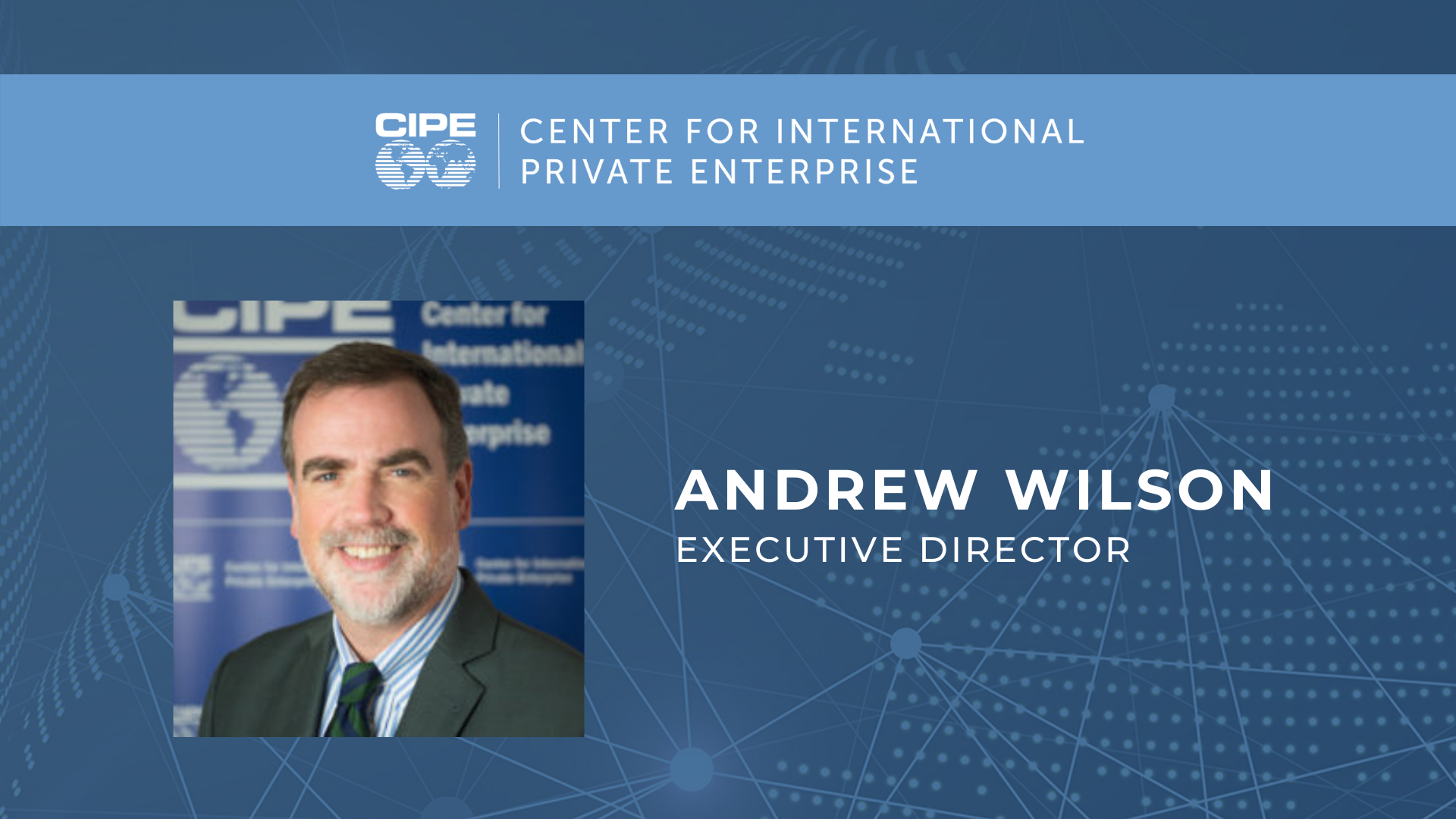 Andrew Wilson is the Executive Director of the Center for International Private Enterprise (CIPE) in Washington D.C and will be introducing the panel. Wilson has extensive experience working with the private sector on development issues in conflict and post-conflict settings, crafting successful business strategies to reduce corruption, encouraging entrepreneurship development, strengthening business advocacy, improving corporate governance standards, and promoting economic reform. He is called on frequently to speak about the linkages between democracy and business, as well as the challenges to growth in emerging markets, including corruption and the threat of corrosive capital. Wilson has worked at CIPE since 1996 in a variety of roles, including Deputy Director for Strategic Planning and Programs, and Regional Director for Europe, Eurasia, and South Asia. Prior to his time at CIPE, Wilson worked for several development NGOs focusing on economic reform, private sector growth, and public diplomacy and served on numerous international working groups dedicated to political and economic development in transitional societies. He has also worked with non-profit boards to improve strategic planning and optimize organizational development. He is currently a board member of the Baltimore and Ohio Railroad Museum in Baltimore, Maryland and is a Director and Trustee of the Meadows Foundation in Dallas, Texas. Wilson received his MA in East European Area Studies from the University of London (SSEES) and a BA in History from Lewis and Clark College. 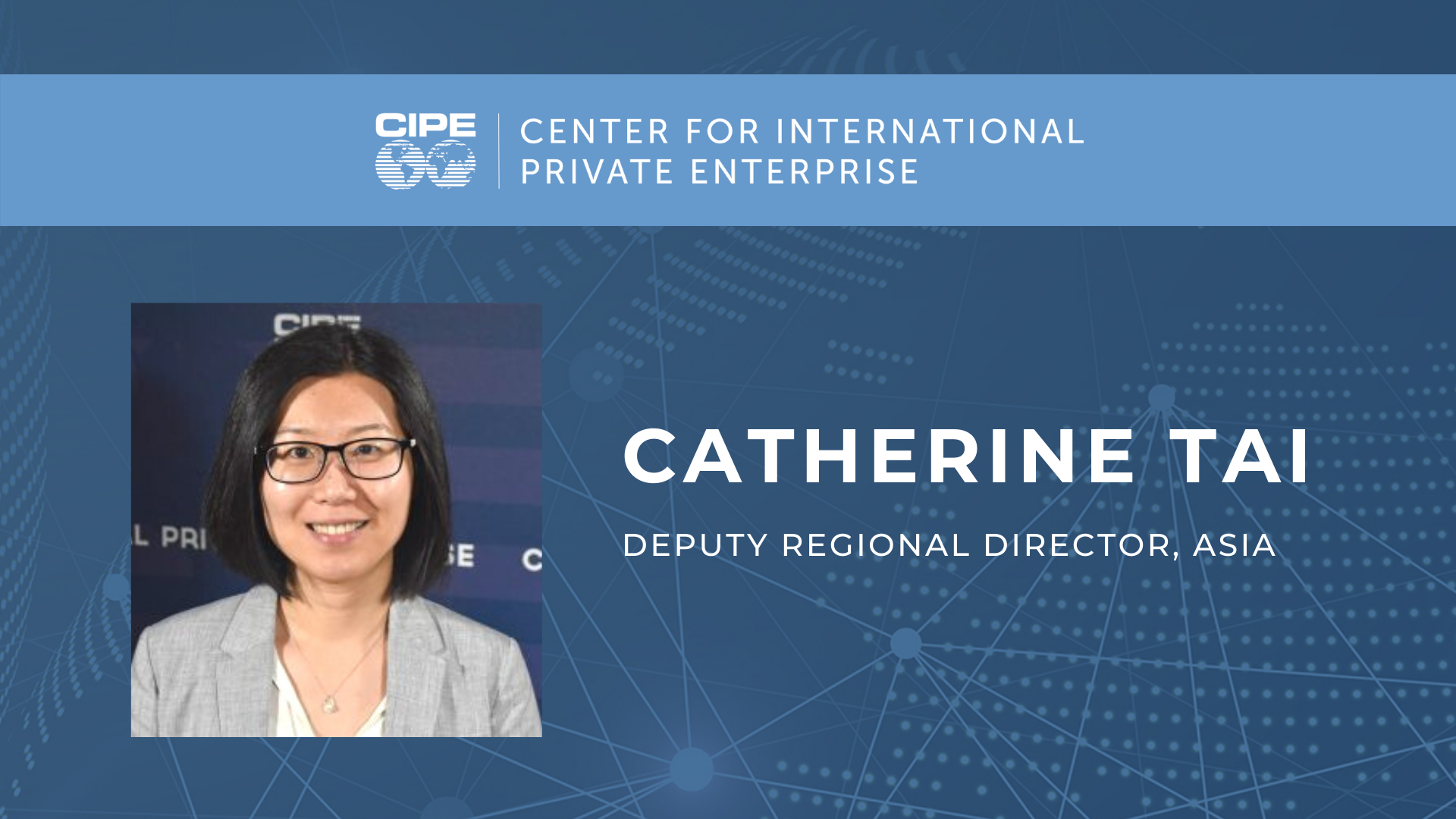 Catherine Tai is the Deputy Director for Asia of the Center for International Private Enterprise and moderator of the panel. She is responsible for overall program management, performance reporting, donor communication and partnership management throughout Southeast Asia.  Tai’s portfolio of projects focuses on partnering with business associations to strengthen the role of the private sector and mobilize local networks of small and medium enterprises for constructive policy reform. In addition, she manages anti-corruption initiatives that improve the monitoring of public procurement. She works closely with local program partners to ensure progress towards stated outputs and outcomes and travels throughout the region to monitor results and meet with stakeholders and beneficiaries. 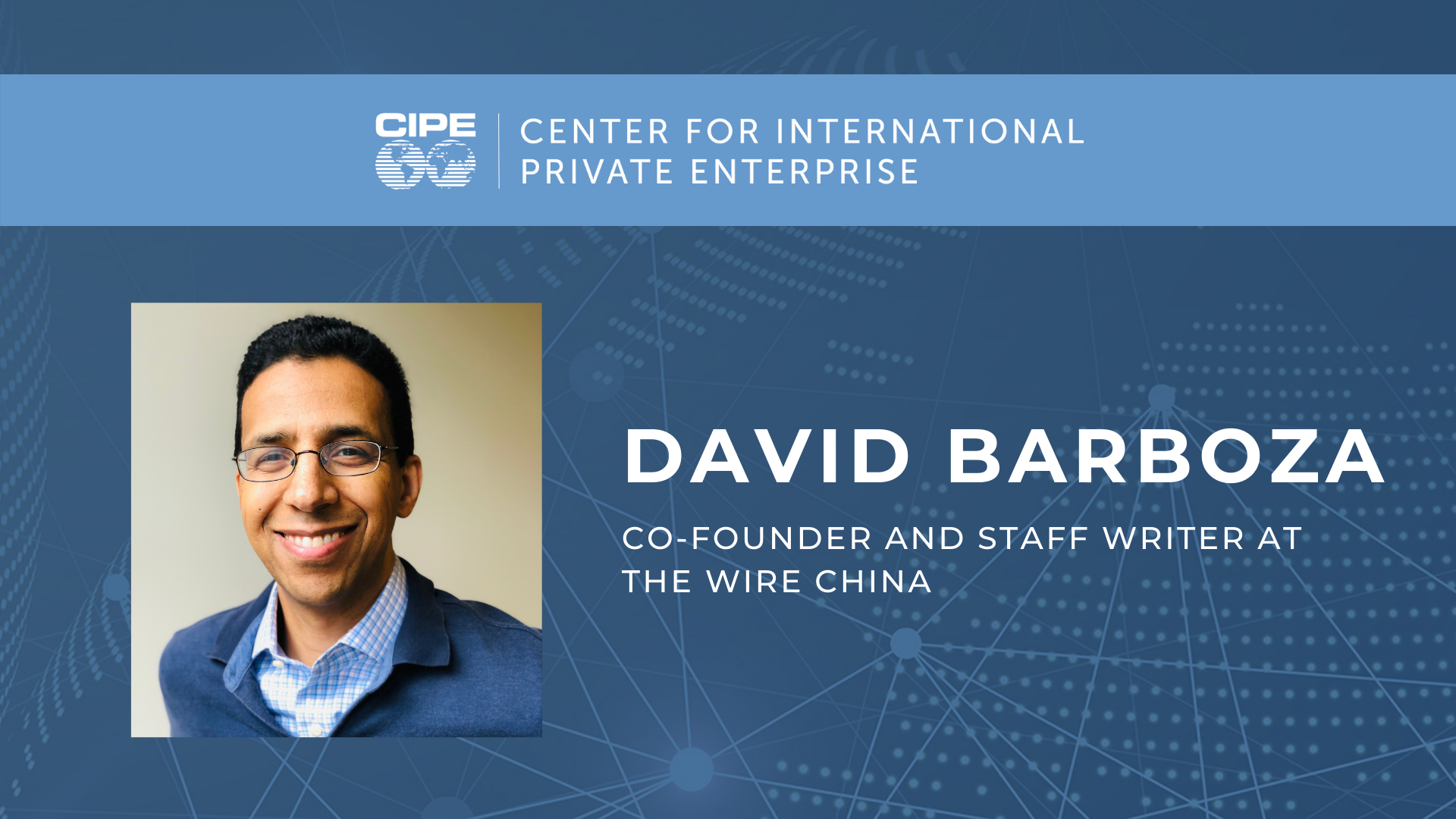 David Barboza is the co-founder and staff writer at The Wire China, an online magazine focusing on Chinese business, economics and finance and the impact they have on global business, finance, trade, labor, and the environment. As a journalist at the New York Times in 2013, David won both the Pulitzer Prize for Explanatory Reporting and the Pulitzer Prize for International Reporting, the latter “for his striking exposure of corruption at high levels of the Chinese government.” He has won numerous awards for his journalism on a variety of China-related topics, from three Gerald Loeb Awards to a 2008 Grantham Prize for his work as the NYT’s Shanghai correspondent and bureau chief. He specializes in understanding the complex systems and the economics underlying Chinese politics and corruption. Barboza graduated from Boston University with a bachelor’s degree in history and attended Yale University Graduate School. 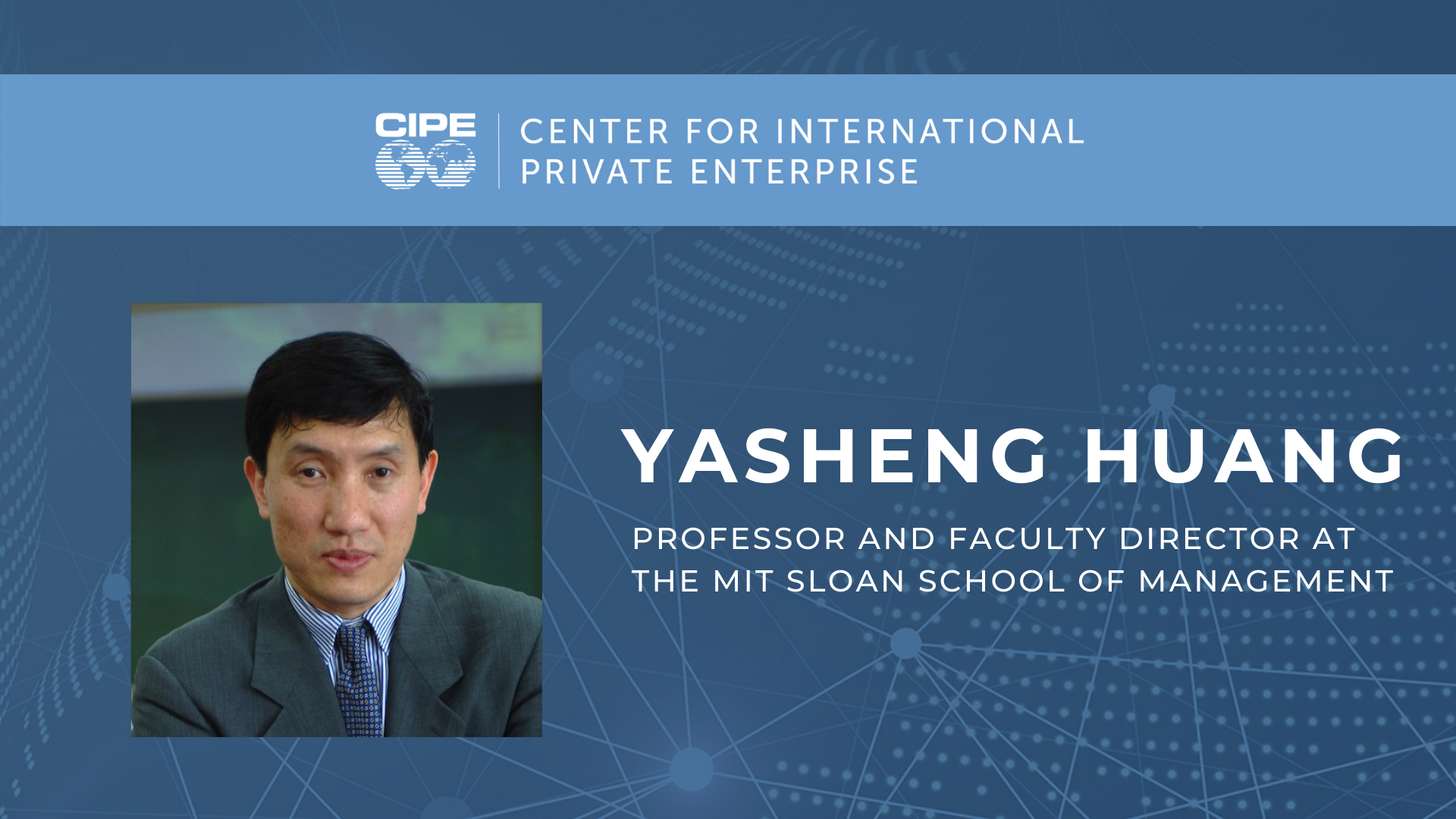 Yasheng Huang is the Epoch Foundation Professor of International Management and Faculty Director of Action Learning at the MIT Sloan School of Management, specializing in human capital formation in India and China. At MIT Sloan, Huang founded and directs China Lab and India Lab, which have provided low-cost consulting services to over 360 small and medium enterprises in China and India. He has held or received prestigious fellowships such as the National Fellowship at Stanford University and the Social Science Research Council-MacArthur Fellowship. He was named by the National Asia Research Program as one of the most outstanding scholars in the United States conducting research on issues of policy importance to the United States. He is or has been a Fellow at the Center for China in the World Economy at Tsinghua University, a Research Fellow at Shanghai University of Finance and Economics, a Fellow at William Davidson Institute at Michigan Business School, and a World Economic Forum Fellow. He has served as a consultant at World Bank, Asian Development Bank, and OECD and is serving on numerous advisory and corporate boards of non-profit and for-profit organizations.