Numerous reports highlight the risks associated with some state-directed overseas Chinese investment and other capital from authoritarian countries, also known as corrosive capital, which may exacerbate existing governance gaps in recipient countries. However, there’s been less attention to the specific steps that recipient countries can take to close these governance gaps, reducing the risks of corrosive capital and motivating foreign investors to provide constructive capital in a transparent and responsive manner. 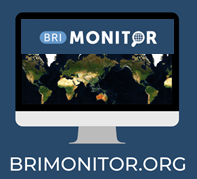 The BRI Monitor, a project by five think tanks in Southeast Asia and the Pacific – IDEAS of Malaysia, Stratbase ADRi of the Philippines, Sandhi Governance Institute of Myanmar, Future Forum of Cambodia, and the Institute of National Affairs in Papua New Guinea – seeks to address this gap in research. The project assesses the transparency of BRI projects across 38 indicators (such as project name, cost, and status) that should be proactively disclosed according to international best practices.

These are used to create a transparency heatmap, which can help advocates identify phases of the construction process that need better regulation or enforcement.

Tricia Yeoh, CEO of IDEAS, explains: “We needed to understand more deeply the trends that were happening within the country and to understand the risks, for example, of weak public procurement regulatory regimes, a lack of information on and robust oversight of BRI projects, weak governance of state-owned enterprises, and corruption… It is partly about corrosive capital, but part of it is very much about the regulatory framework within our host countries.”

The BRI Monitor assesses the transparency of BRI projects across 38 indicators (such as project name, cost, and status) that should be proactively disclosed according to international best practices.

Paco Pangalangan, Executive Director of Stratbase ADRi, also stressed the importance of in-depth case studies to understanding actual levels of transparency. “On paper, the Philippines always seems to be following the rules…but in reality, the good governance is happening on the ground, [that’s] another question.” For example, government agencies may post information about projects online, but on a website that is not publicly listed and will not appear in simple web searches.

Nadège Rolland, Senior Fellow for Political and Security Affairs at the National Bureau of Asian Research (NBR), noted that the variety of case studies presented in the BRI Monitor helps broaden the discussion about Chinese investment beyond the trope of “debt trap diplomacy.”

These case studies show “there’s an array of practices that are attached to the Belt and Road implementation that are not necessarily going to translate in a seizing of local asset or a big piece of infrastructure and therefore ceding part of national sovereignty to Beijing, but that can ultimately erode and undermine the various principles and the good governance of local countries over time.”

According to Rolland, it is important to focus on other governance gaps like those revealed by the BRI Monitor. “Arbitration conducted in China. Environmental degradation. Data transfer to Beijing. These are really important facets of the concrete implementation of the Belt and Road on the ground. Which will have, if it’s not balanced or more widely studied and publicized, which could have deeper implications for the sovereignty of the country,” she says.

The BRI Monitor can be a critical tool for raising awareness about these issues, Pangalangan noted: “One thing that we realized… there’s really that need to amplify and raise further awareness… there was very low awareness of the risks of corrosive capital, but at the same time there was high interest.” In addition to the heatmap, case studies developed by partners provide tangible examples of the risks posed by corrosive capital and existing governance gaps. In the Philippines, Stratbase’s case studies highlight national security issues, bidding that excluded local contractors, and onerous contract provisions, including a waiver of the Philippine’s sovereign immunity and the agreement that arbitration would be conducted in China.

Arbitration conducted in China. Environmental degradation. Data transfer to Beijing. These are really important facets of the concrete implementation of the Belt and Road on the ground.

In Papua New Guinea, affordability and feasibility are key issues with infrastructure investment. As Executive Director of the Institute of National Affairs Paul Barker explains: “[the price of infrastructure] is a handicap for business, economic activity, and governance. There is a strong need for investment and finance for public infrastructure. The question is trying to ensure that the infrastructure is affordable.” Barker also noted that in the absence of transparency, concerns about feasibility may be overruled by external pressure: “In some cases, it seems like strong pressure has been applied on those SOEs and sometimes on the government itself to proceed, regardless of the cost and the actual demand.”

He added that sustained public pushback in PNG has resulted in BRI projects with more favorable conditions, including a grant-funded project at Western Pacific University. However, broader changes in Chinese investment to create more sustainable and responsive patterns of spending may be less likely.

“China might learn from its mistakes, but it won’t necessarily completely change its behavior. This is the way Chinese economy actors behave within the party-state system,” Rolland noted. “They have their own standards and parameters that they cannot reform, otherwise it will go against the CCP inside of the country. So when these actors are also present abroad they still follow the guidelines of the party-state, and they cannot do anything radically different than what they would do at home. The evolution and adjustment [in learning from their mistakes] may be marginal, like having a set of “goodwill projects” in a country to set China as a political force, but China will not necessarily change its behavior in terms of having clauses of confidentiality in their deals with other countries.”

It is critical for recipient countries to close governance gaps, as this would reduce corruption and threats to sovereignty and help ensure projects are beneficial for society.