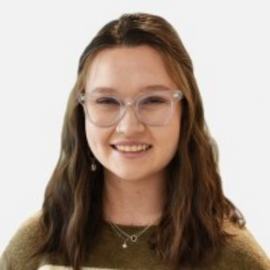 Megs Blum is a Program Associate on the Latin America and Caribbean team. Her portfolio is focused on the Central American region, specifically Guatemala and El Salvador. Megs works on projects related to youth, women’s and indigenous entrepreneurship in the Orange Economy (Creative industries) as well as some elements of Democratic Governance and citizen engagement.
Megs graduated from the University of Arizona in 2019 with two BA’s, one in Political Science and the other in Spanish Translation and Interpretation. She also holds an MA in Latin American & Hemispheric Studies from George Washington University’s Elliott School of International Affairs. Previous to her role at CIPE, Megs came from an association in DC working on issues related to inbound enterprises in the United States.