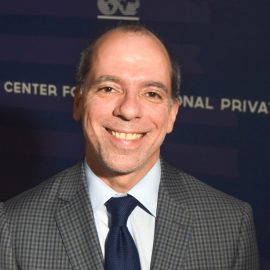 José Raúl Perales is Deputy Director of the Global Alliance for Trade Facilitation. He oversees a team of experts involved in the design and implementation of all in-country projects and serves on the management team of the Alliance.

Prior to joining CIPE, Perales served as the Assistant Secretary for the Private Sector at the U.S. Department of Homeland Security. In this role, Perales advised the Secretary on the impact of the Department’s policies, regulations, and processes on private sector companies, universities, and not-for-profit institutions and enhanced strategic communications in order to help the public and private sectors jointly meet their shared responsibility for homeland security. Perales has also served as the Director for the Americas at the U.S. Chamber of Commerce and as Executive Director and Vice-President of the Association of American Chambers of Commerce in Latin America (AACCLA) where he developed key Chamber policy initiatives in the Americas, especially on trade facilitation and Cuban affairs, and oversaw AACCLA’s operations and several policy programs. Previously, Perales was the Senior Associate at the Latin American Program of the Woodrow Wilson Center. Perales also served as trade policy adviser to the government of Puerto Rico, where he successfully created a strategy for advancing the island’s foreign trade interests, mediated government-private sector interaction on commercial affairs, and participated in trade negotiations at the regional (Caribbean) and multilateral (World Trade Organization) levels.

From 2009-2014 Perales was an adjunct professor at the Elliott School of International Affairs at George Washington University. He has published articles and edited volumes on economic regionalism, trade policy, international relations, and Latin American politics and development, in English and Spanish, both languages in which he is fluent. He has also been a visiting researcher at academic institutions in Argentina, Chile, France, and Uruguay.

Trade Facilitation as a Tool to Combat Inflation

Three Reasons to be Optimistic About Trade in Latin America