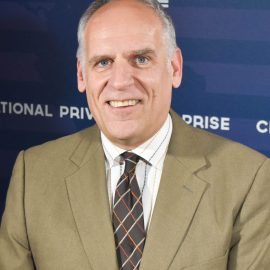 John Zemko is the Regional Director for Latin America and the Caribbean at the Center for International Private Enterprise (CIPE) in Washington, D.C. In this position,  Zemko has worked on a variety of themes pertinent to the region, such as citizen security, the strengthening of democratic institutions, enhanced citizen participation, and women and youth entrepreneurship. Under his leadership, CIPE has opened programs in Argentina, Ecuador, Venezuela, and many other countries in Latin America and the Caribbean.

Prior to joining CIPE,  Zemko was a senior consultant with PriceWaterhouseCoopers and was the editor of the Economist Intelligence Unit in New York.  Zemko has a master’s degree from Columbia University in international business and a bachelor’s degree in political science and Latin American studies from the University of California at Riverside.

Meeting the Summit of the Americas Challenges