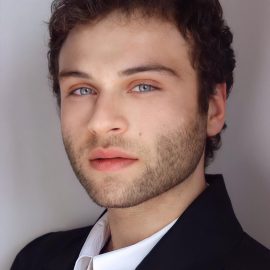 Anri is a Georgia Program Associate working on CIPE’s Engaging Workers and Civil Society to Strengthen Labor Law Enforcement project in Georgia. Before becoming a PO, Anri worked on the same project as a Field Intern for 6 months. Prior to CIPE, Anri worked as an Intern in the Department of Politics and Economics at the US Embassy in Georgia.

Anri earned a bachelor’s degree in law at Ilia State University. During his undergraduate studies, under the Erasmus + exchange program, he studied International and European Law at the University of Groningen in the Kingdom of the Netherlands. Anri is a member of the US Government Exchange Program Alumni Association of Georgia as he lived and studied in Florida, US under the Future Leaders Exchange Program from 2016 to 2017.

Anri is a human rights enthusiast and would like to dedicate his career to democracy, rule of law and equality.

Women on Guard for Occupational Health and Safety in Georgia