Full paper and information about the series can be found here. 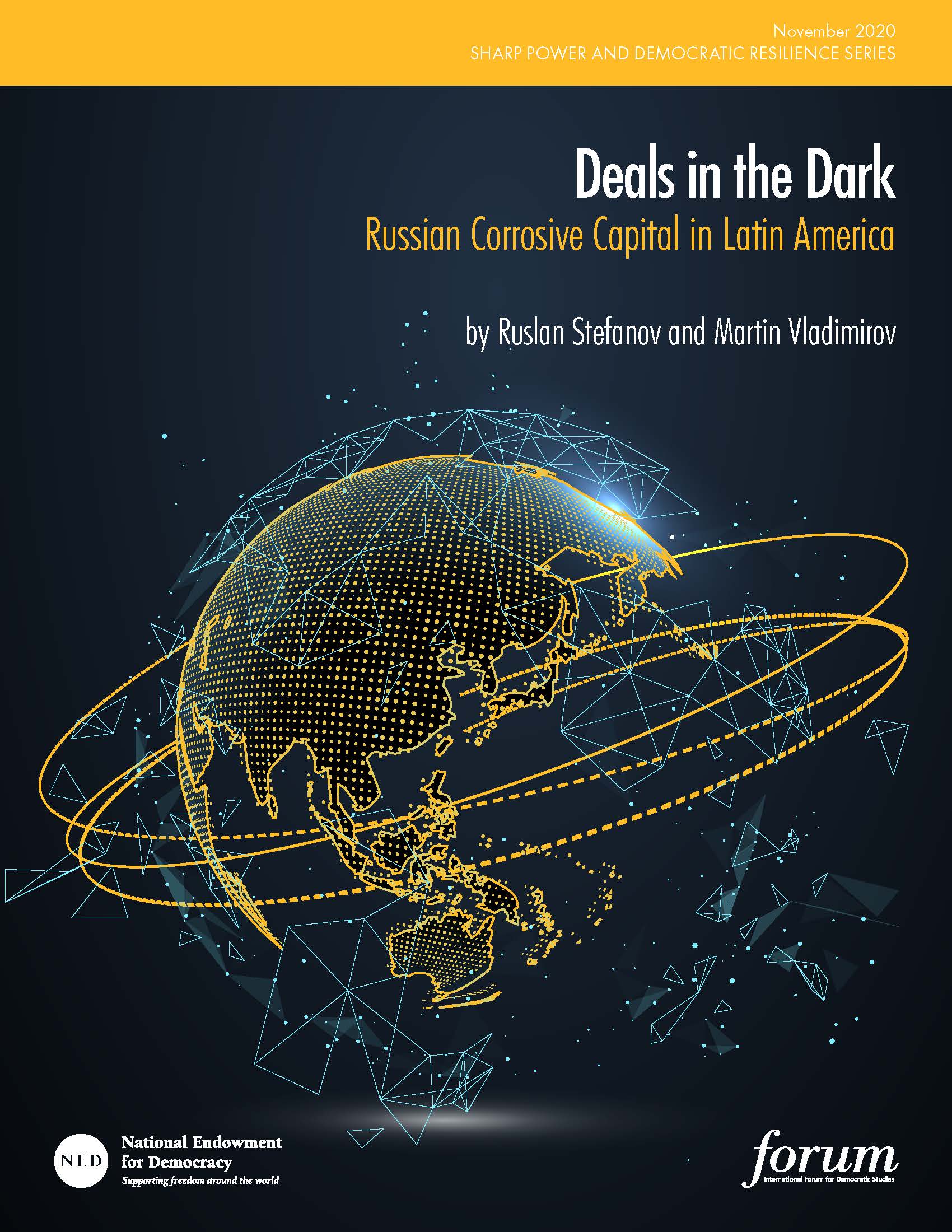 This paper is a part of the Sharp Power and Democratic Resilience series published by the International Forum for Democratic Studies and the National Endowment for Democracy.

This report analyzes Russian strategic corruption efforts relevant to two Latin American democracies—Argentina and Bolivia—which experience recurring governance challenges common to other states in the region. Although these countries do not represent the biggest share of Russia’s economic footprint in Latin America, they illustrate the early stages of politically driven investment initiatives from authoritarian states. It is critical to understand the mechanisms and strategies linked to corrosive capital, or opaque financial flows from authoritarian states that undermine the rule of law and democratic governance in other countries. Such understanding represents an essential step toward detecting and preventing more comprehensive authoritarian influence.

Hustled Into a Dead End: The Delusional Belief in Chinese Corrosive Capital for the Construction of North Macedonia’s Highways

A New Invisible Hand: Authoritarian Corrosive Capital and the Repurposing of Democracy