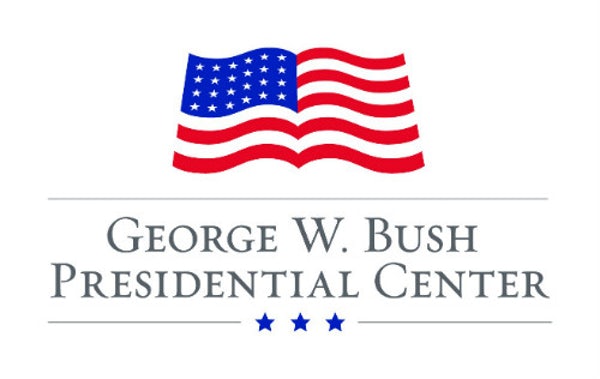 This Q&A authored by Farhat Popal, Manager of the Women’s Initiative at the George W. Bush’s Presidential Center, originally appeared on their website as part of their Why WE Lead initiative.

Why WE Lead: A Conversation with Abdulwahab Alkebsi and Greg Simpson of CIPE

In this Q&A, CIPE’s Managing Director for Programs Abdulwahab Alkebsi and Regional Director for the MENA region Greg Simpson spoke about the importance of market reforms.

Why WE Lead is the George W. Bush Institute’s policy and research that investigates economic advancement and the role of women’s leadership in the Middle East, North Africa, and Afghanistan. This body of work runs parallel to WE Lead, our women’s economic and leadership training program.

Farhat Popal: Why are market reforms so important?

Greg Simpson: There is a clear demographic driver for reform – the population of the region is growing rapidly and the economies are not keeping pace. Arab youth are twice as likely to be unemployed compared to youth around the world. Part of the reason is the lack of dynamism and flexibility in the economy, meaning what should be an asset – a young, educated workforce – becomes a liability.

Countries connected to the International Monetary Fund, like Egypt, are lifting subsidy regimes. While this causes short-term pain for the population, it is necessary for economic growth in the long-term. Equally important is the kind of institutional reform that makes it easier for citizens to participate in the economy.

Abulwahab Alkebsi: It’s important to remember that economic reform isn’t a substitute for political reform; they are complementary. They impact whether youth are a resource or a threat to stability. The region has stagnated under oppressive regimes and governments that see the economy as their own purview. It was widely seen as the responsibility of the government to provide everything for its citizens – including jobs and prosperity. As that model changes, political reform needs to change with it. Economic liberalism without political reform can result in a plutocracy or an oligarchy.

FP: What legal, social, and institutional barriers exist that make it challenging for women in MENA to participate in the economy?

AA: In many countries, women can’t own or inherit property by law and they can’t participate in certain sectors of the economy. In places where there are fewer legal impediments to their participation, there are also social impediments. For example, business tends to be conducted two ways: the first is in the formal workplace and the second is social gatherings.

Women tend to be locked out of important business conversations because of gender segregation and social taboos surrounding them being present in such gatherings. If women are not economically empowered they will often be dependent on the political backing of others – and be beholden to their political patrons. We need more women in decision-making positions.

GS: Driving change to these societal norms is imperative for economic reform. For example, in Jordan it was illegal to license a business based in the home; posing unreasonable and unnecessary cost on entrepreneurs who didn’t need a brick-and-mortar address to do business. It also disproportionately affected women entrepreneurs. This has changed, thanks to advocacy by Jordanian business associations. This is a good example of how advocacy doesn’t need to be confrontational; collaboration with civil society, the public and private sectors can change norms and advance reform.

FP: How do you think the large youth population and its access to technology will impact innovation in MENA? What role could this play in diversifying the economies of the region?

AA: Social media has provided a space for women and youth to express themselves in ways they couldn’t before. However, there’s a struggle because social media and technology is also used by those who don’t approve of freedom. Civil society needs a lot of support to ensure the technology and innovation space remains a positive tool rather than a negative one.

GS: As a result of technology connecting them to the wider world, younger generations are also more aware of alternative ways to organize society. Unfortunately, that also means youth who lack access to technology are further behind their peers.

FP: Can you share a success story from the MENA region that underscores the impact market reform can have?

GS: CIPE has helped the Young Entrepreneurs Association (YEA) in Jordan enhance advocacy efforts and build consensus among stakeholders to identify and eliminate barriers to entrepreneurship. For example, Jordanian law required an entrepreneur to have 30,000 Jordanian dinars (about $60,000 USD) in capital to register for a limited liability company. Because of YEA’s advocacy efforts and facilitation of public-private dialogue, the requirement was lowered to 1,000 dinars. That first year 1,800 firms, who previously didn’t met the requirements, registered.

Another example is from Iraq: oil and gas revenue and border/customs revenue must be shared 50-50 between the federal government and the province of origin. The provinces weren’t seeing these funds and it was unclear how much money was coming in. As we’ve seen recently, dissatisfaction with poor government services and corruption stokes significant unrest, most noticeably in the southern province of Basra. CIPE helped its partner organization Al Inbithaq in the Wasit province raise awareness of the issue. The advocacy of local business leaders resulted in disclosure of border revenue and Iraq’s provinces receiving their share.

AA: Tunisia has successfully advanced a public-private partnership model to address the economic crisis threatening the country’s young democracy. CIPE partnered with the Arab Institute of Business Leaders and the country’s largest employers to create a framework on reforms allowing the private sector to lead growth and create jobs. As a result of the framework and a dialogue with the government, a draft law enabling self-employment in Tunisia is currently under consideration by parliament. Other key successes include a seat for the Tunisian private sector in the country’s negotiation of a trade agreement with the European Union.

Making a Difference in Yemen

Champions of Business Innovation in the Kurdistan Region of Iraq