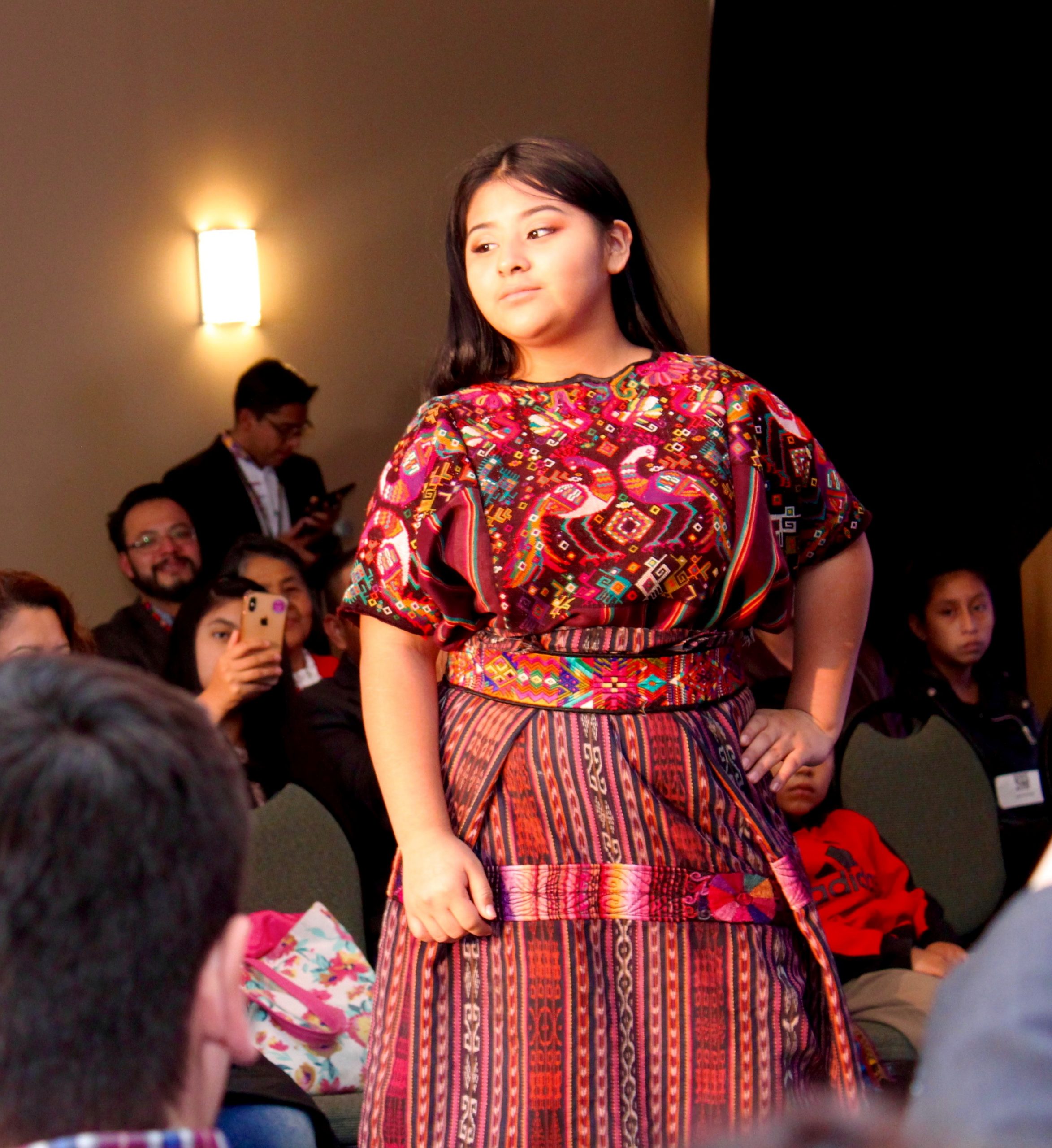 The jacket had lived an entire existence before I even laid my eyes on it.  Threads of deep burgundy, coral and gold were transformed by hand into an elegant fabric in the western highlands of Guatemala.  It was cut and sewn, then cut and sewn again, into a magnificent jacket.  A few weeks later, the jacket was packed and flown almost three thousand miles to Washington, DC.  On November 2, a model dressed in the jacket and walked down the runway at the “Matiz, Guatemala Fashion Show.”  This was the first time that I saw it.

When I attended the fashion show, I was entranced by the intricate designs, luminous colors, and sophisticated styles that embodied the values, history, and culture of Guatemala.  The traditional patterns and fabrics combined with modern styles were direct representations of the communities and cultures in which they were created, and like those communities, they were strong and full of passion.  As I later learned, the captivating patterns and radiant colors of each fabric hold sacred meanings to communities, as each region, ethnic group, and town incorporate their spirit and essence into the garments they create.   For the communities across Guatemala, clothes are more than garments for dress; the fabrics forge a sense of identity and singularity, distinguishing Guatemalans as members of specific communities.

As the night of the fashion show ended, I stopped by the exposition hall where designers were selling and promoting their clothes, networking with other entrepreneurs, and working to expand markets for their products.  I purchased the jacket from the Fall 2019 collection, “Ixmucané,” by Carlota Robles, a designer whose garments reflect the stories of Guatemalan ancestral communities through their colors, patterns, and shapes.  It now hangs proudly in my closet and has been worn on my back with all the care and passion with which it was crafted.  The admiring and jealous looks from my fellow DC residents don’t hurt either.

But, before the jacket came to be in my possession, it lived in a different world – a world of hardship, determination, passion, and creativity – the world of entrepreneurship.

An entrepreneur’s journey is seldom easy.  Constant obstacles and challenges encumber their path to success, as they try to turn their ideas and visions into fruitful business ventures.  Many are deterred by the financial hardships and emotional challenges, leading them to look for employment opportunities elsewhere.  As hard as it is to be an entrepreneur in countries like the United States, the challenges that entrepreneurs must overcome in Guatemala are tenfold.   Basic utilities and functional infrastructure, that are taken for granted in many countries, are not guaranteed in the rural communities of Guatemala.  For many, successful business ventures are often more of a dream than a reality.

In rural areas of Guatemala, the country’s slow but sustained economic growth has done little to tackle high levels of inequality and lift communities out of poverty.  Entrepreneurship is rarely seen as a viable alternative to support oneself and improve conditions in rural Guatemala, particularly among the youth population.  In search of economic opportunities, thousands often migrate to the capital city or to the United States, while others are forced to work subsistence jobs or engage in illegal activities to generate income to provide for themselves and their families. 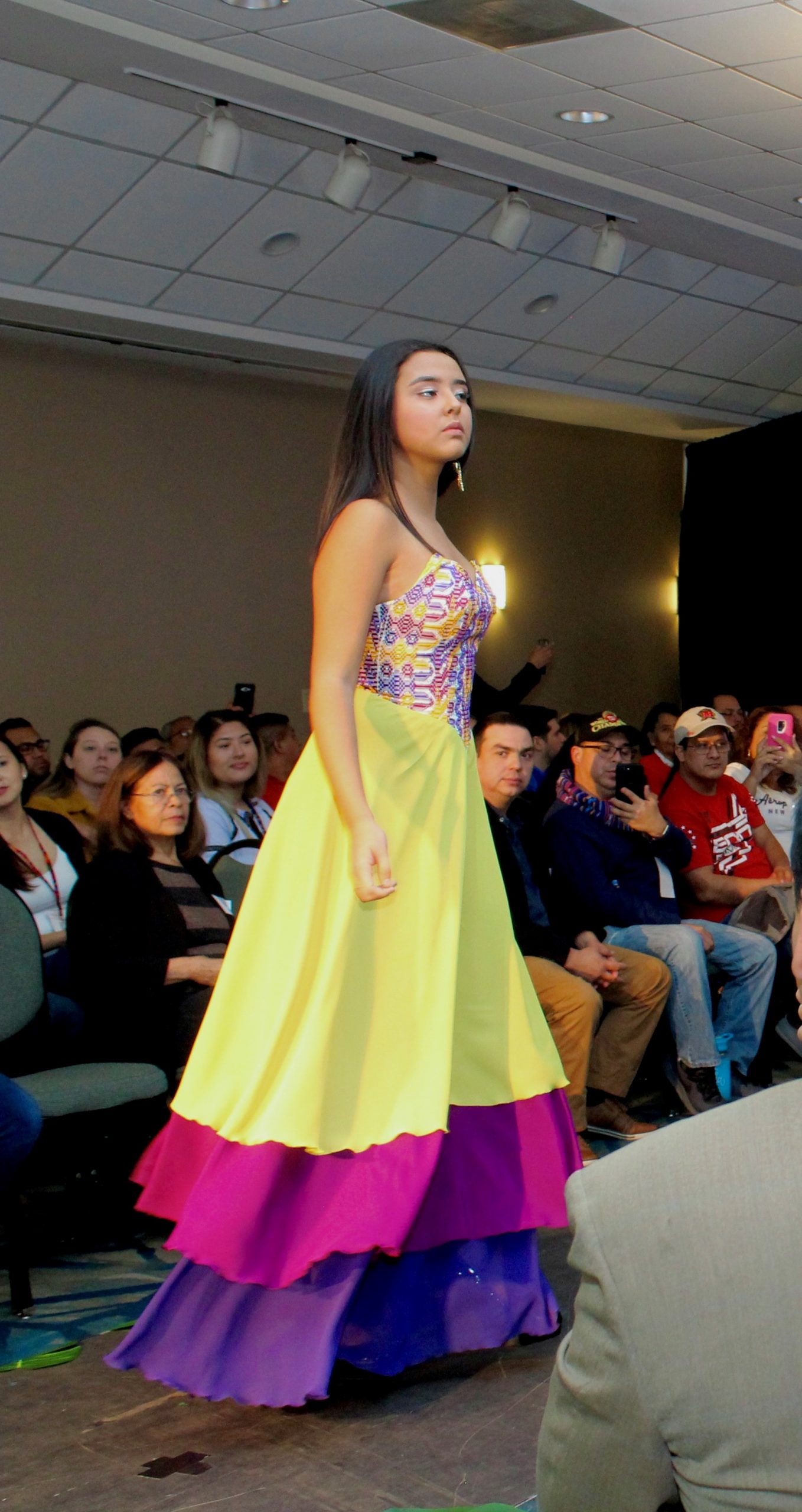 As hard as it is to start and grow a business in Guatemala, the fashion show reminded me of the determination and drive that are intrinsic to Guatemalan entrepreneurs, and I have been lucky enough to see their true impact on their communities in my work with a local community development organization.  The Red Nacional de Grupos Gestores (RNGG) has empowered young entrepreneurs in Guatemala’s western highlands to take the plunge and act as real agents of change in their communities, encouraging social and economic development across the country.

CIPE’s program with RNGG, named Xelajú Naranja (“Orange Quetzaltenango”), directly invests in developing entrepreneurial talents in youth populations within the creative economy, also known as the “Orange Economy.”  Our programming with RNGG has provided business training, networking opportunities, and mentoring to a new generation of entrepreneurs that, despite the numerous obstacles and challenges, have made the difficult decision to establish their businesses in their home communities. At events such as Emprendetenango, an annual event held for Global Entrepreneurship Week, RNGG brings entrepreneurs together to exchange ideas and experiences with the aim of building a stronger community. While still in its early stages, this program has supported young and rising entrepreneurs to use their creative talents to turn their passions and visions into successful businesses.  Having seen our impact firsthand, I know that by fostering a strong environment for entrepreneurship for a new, younger generation, towns and cities across Guatemala will be places where communities can thrive.

Although I am familiar with the idea of homeland, it always surprises me how passionate and expressive Guatemalans are when I talk with them about their love for their community.  They often refer to their terrunio, a term to refer to their native land, their homeland, su patria.  The pride that they have for their communities is inspiring.  Despite the challenges and obstacles that Guatemala faces, there is hope that communities can match the vitality and vibrancy represented in their clothes.

Future of Work: Technological Change and Workers in Argentina

The Post-Pandemic Future of ESG: An Event Series — Event #3

Artificial intelligence, economic growth, and the future of work in Argentina