A civics education extends far beyond a classroom or an exam. A civics education teaches how to listen, distinguish between fact and opinion, and back up an opinion with fact. It teaches the rights and duties of citizenship. A student that can analyze primary source documents, interpret data, and formulate an argument is a better-informed citizen of the world. 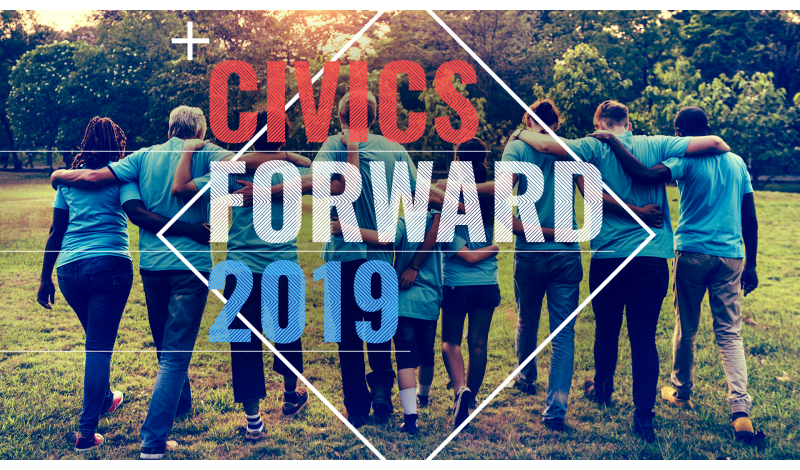 At the U.S. Chamber of Commerce Foundation’s CIVICS Forward conference on September 27, New York Times columnist and Pulitzer Prize-winning author Tom Friedman spoke on what he called the “two codes” every high school student should learn: computer coding and the code of the U.S. Constitution. Learn computer science to contribute to the work force. Learn the U.S. Constitution to know the rules that govern speech, actions, and moral behavior in our society. According to Friedman, we are living in a world where those that govern struggle to understand technology and those that understand technology are removed from political affairs. Having an educated citizenry that knows both “codes” would lead to better-informed leaders and conscientious bosses in all spheres of the workforce.

Professionals from the nonprofit, government, education, and business sectors spoke on a series of panels addressing the lack of adequate civics education in U.S. schools. United in their agreement that civics education in K-12 schools should be a priority, they offered the following ideas – some creative, some straightforward – for ways the private sector can play a role in improving civics education.

Perhaps the simplest and most obvious way for a private sector partner to be involved is to fund initiatives run by civics nonprofits, such as the development of educational resources for teachers.

Business can also fund equitable distribution efforts to ensure such resources reach students in school districts across the country, regardless of geography, income level, religion, or race.

Media literacy is a civics skill that teaches students to distinguish between unbiased and biased news, authentic and fake videos, and real and robot authors. Local news organizations can partner with schools to launch a school newspaper by providing design software, journalism courses, and printing.

Local businesses can sponsor or provide judges for civics-related events in schools, including student council elections, mock trials, and “We the People” competitions.

Private sector employers have the power to shape the narrative about what skills are valued in the workplace. Many students are motivated by the opportunity to work upon graduation. Businesses can articulate how a civics education can help a student develop a skillset that is attractive to an employer. For example, a company can host an internship program that recruits workers who can work collaboratively, argue intelligently, and problem-solve effectively.

Collaboration between businesses and nonprofits, businesses and schools, and media organizations and schools is essential for implementing these ideas going forward. CIVICS Forward may have launched a discussion on engaging the private sector in civics education but now is the time to act. Like any good student, let’s keep asking questions as we go to ensure we are doing the best we can to prepare today’s youth for their future.

The Chamber Foundation is the nonprofit arm of the U.S. Chamber of Commerce, of which CIPE is an affiliate. CIPE works to strengthen business associations in developing countries around the globe with the goal of bringing the private sector voice to governments to solve unique problems facing each respective region.