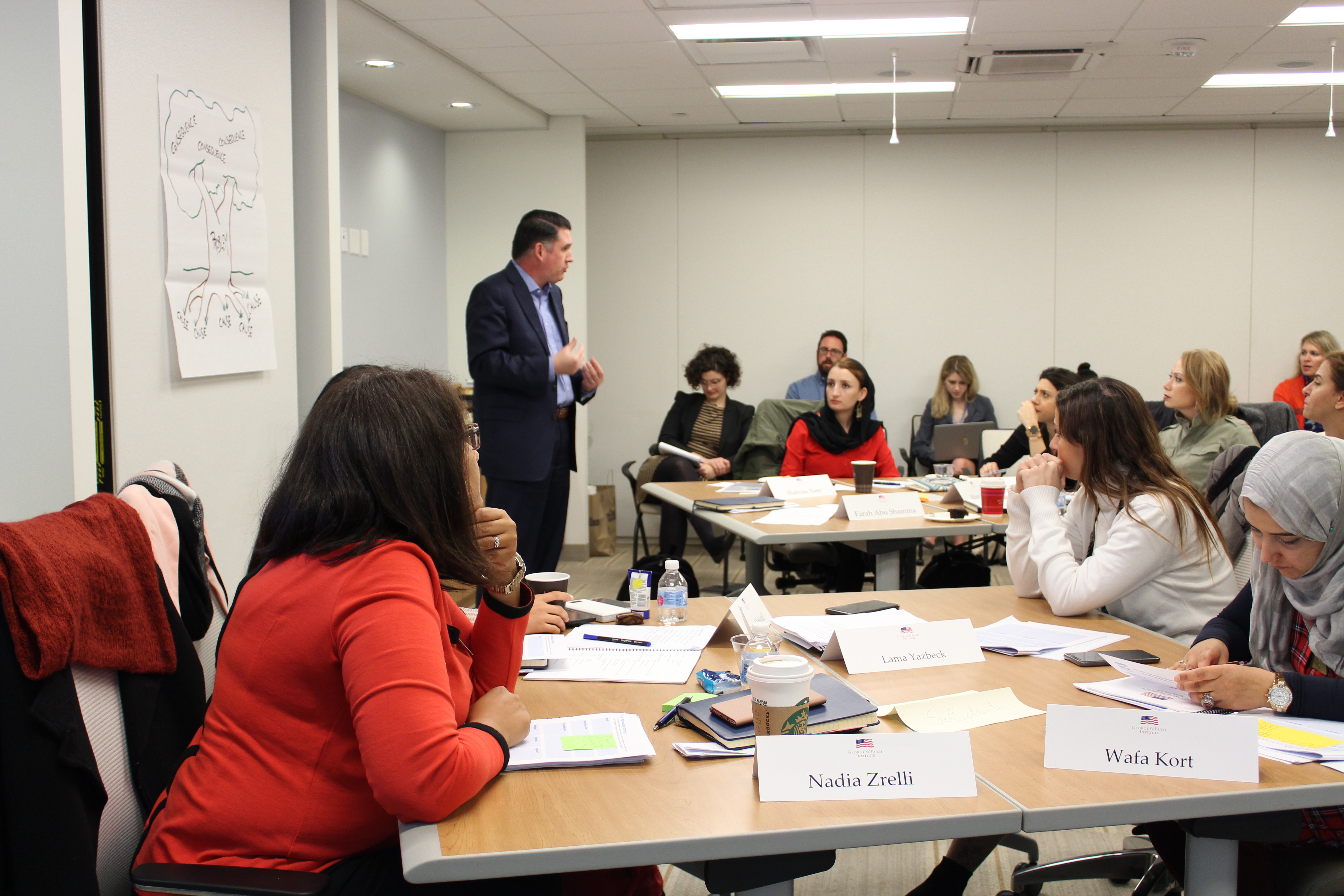 Tunisia is a rapidly growing and changing country. However, as a Tunisian woman, economist, and university professor I believe that women in my country are an underutilized economic asset.

Despite the emancipation of Tunisian women in 1956, we continue to fight to assert ourselves as stakeholders in the decision-making process. Women do not have access to equal representation, opportunities, and visibility.

If women are marginalized, how can Tunisia achieve a full democratic transition? Our voices need to be heard.

Gender disparity is seen across rural and urban areas in Tunisia. Achieving equality is a challenge. Women are looking to progress in a “man’s world,” many times feeling like an outsider. A lack of female role models can lower self-confidence. Speaking from experience, it can be discouraging being the only female in a meeting.

Societal norms also impact our professional aspirations. We live in a society that dictates we must be good and kind wives and mothers. We must sacrifice professional success for the good of our family.

As a result, many men do not accept that women can be leaders. Successful women are subject to comments such as, “your efforts should go to your children instead of putting yourself forward” or “with your work, do you have enough time to cook at home, or are you having food delivered all the time?” Questions and comments are used to belittle and prevent me and my peers from achieving our objectives.

In late 2018, the Tunisian parliament passed an inheritance law requiring male and female heirs to receive equal inheritance shares. This was an exciting moment for gender equality. Unfortunately, many family members are not recognizing the new law, creating obstacles for the economic advancement of women.

Despite these challenges, I have hope for equality.

I recently participated in the George W. Bush Institute’s WE Lead program and, in conjunction with the Center for International Private Enterprise (CIPE), I learned that vision, methodology, and structure are vital to successful advocacy. I attended an event hosted by The Policy Circle, and discovered an innovative approach to connecting and engaging women in their communities to openly share their views and take a leadership role in public policy dialogue.

I realized my Women Act Powerfully (WAP) initiative, a leadership program supporting female politicians to become more effective leaders, was missing an effort much like The Policy Circle. With the aim of improving women’s leadership in political and economic development, WAP is based on the concept of “empowered women empower women.”

These initiatives are focused on bringing a voice to the voiceless by reaching out to women in all walks of life and listening to their various situations. Policy recommendations are then formulated or problems are presented to the Women’s Taskforce, a parliament committee working on women’s rights and advocacy for gender equality.

As part of WAP, I plan to establish a “Policy Circle” in Tunisia modeled on this approach. The implementation of the Tunisia Policy Circle will create an action plan for a variety of problems women have articulated—providing an opportunity for advocacy to become a reality.

This is a far-reaching challenge. For me, success means initiating a movement of solidarity among women to assert their rights and achievements for a modern, prosperous, and equitable society.

Programs like WAP and the Tunisia Policy Circle can go a long way in ensuring women’s voices are heard in the political, social, and economic sphere. Only with women’s full participation in society can Tunisia truly be a country of unconditional gender equality.